As a Korean American boy growing up in New Jersey in the 1970s, I was exposed to a tremendous amount of racism. I endured painful racial taunts and name-calling and got into more than my share of fights. Although I was born in Queens, N.Y., many kids and their parents at my elementary school considered me as an outsider, someone who didn’t belong here.

The attitudes seemed to fly in the face of President Lyndon Johnson’s words: “Our beautiful America was built by a nation of strangers. From a hundred different places or more, they have poured forth, joining and blending into one might and irresistible tide. The land flourished because it was fed from so many different sources.”

Out of my personal struggles emerged an identity and set of beliefs that were no doubt shaped by my difficult early days—and even further back to my immigrant parents’ journey to these shores. Today, as the executive chairman of the Courage Campaign, a progressive online organization of over 900,000 active members, I am committed to fighting for the least among us and for equal rights for all. And that’s why, when I hear arguments these days about protecting our borders or expelling “illegal aliens” from our country, I cannot help but take them personally.

Like many Korean families, my story begins 60 years ago, during the war that split the peninsula in half. In 1951, my mom came to the United States via freightliner from Busan. She was a Korean War refugee from Seoul whose family had been displaced when the communists overtook their city. By the grace of God and the Herculean efforts of my mom’s older sister, who was already studying in the U.S., my mom was fortunate enough to receive a scholarship to study in New York.

The tremendous draw to the United States and what it stood for was not new. Prior to the war, my aunt had always dreamed of coming to the U.S. to study, but my grandfather would only allow her to go if she learned to speak perfect English. Determined, she studied every day before school with a prominent American Presbyterian missionary, Lillias Underwood. Tragically, Mrs. Underwood was assassinated by communists in 1949. In her honor, a memorial scholarship was established for one Korean student to study in the U.S., and my aunt was the very first recipient. She was studying at Hood College in Maryland when the Korean War broke out and was asked to speak to various American churches, which wanted to know more about her homeland. It was during one of these presentations that a group offered to help my mom with a full scholarship.

Mom would eventually go on to receive a master’s degree from Columbia Teacher’s College in early childhood education, with a focus on Head Start, a federal program that provides early childhood education for low-income families. She figured that if she ever did return to Korea, that there would be tremendous poverty and a real need for a similar program.

She spent her early professional years at the Mt. Cavalry Child Care Center in New York’s Harlem, under the guidance of an amazing woman whose own American story helped define an entire generation, Shirley Chisholm. Chisholm, who would later become the first African American woman elected to Congress, mentored my mom, and later sponsored her as she sought to earn a green card. Chisholm later endorsed my mom to become the education director for the entire Newark, N.J., Head Start program.

In 1958, my mom met my father, a native of Pyongyang, whose family lost everything when they fled to the South before the start of the Korean War. He served in the South Korean Navy during the war and, after graduating from Yonsei University, would come to the U.S. to complete his Ph.D. in chemistry. They would marry in 1959.

Their original intent was to go back and help rebuild their homeland; however, just as they were beginning to build a life together in the U.S., the struggles of the past were never too far away.
In 1960, my late maternal grandfather, Sang Don Kim, would become the first democratically elected mayor of Seoul. Unfortunately, he was swept up in the military coup of 1961 led by Park Chung-hee and thrown in jail. Despite numerous attempts by the military, he was found not guilty and released five months later, but placed under house arrest and barred from future politics. He would eventually be exiled to the U.S. and never allowed to return. My family did not set foot again in Korea until 1992, when democracy was fully restored.

Through all of this, my parents, and eventually my younger sister and I, called the United States home. They were forever grateful to their adopted country, and they strived to build a life worthy of pride and to give something back. Such is a sentiment shared by so many immigrants who came before them.
But the immigrant story is not one just of the past, reserved only for the history books. It is a continuing story that is still very much part of the fabric and character of America. And, during this hyper-partisan time of divisive rhetoric, when the so-called costs of immigration are often highlighted, it is important to point out the indisputable facts about how immigrants strengthen this nation. In 2011, immigrants started 28 percent of all new businesses while accounting for only 13 percent of the population.

Economically, immigrants represent more than $1 trillion in annual consumer spending and could add as much as 1.3 percent to the GDP by 2016. The Congressional Budget Office estimates that immigration reform would reduce the deficit by $135 billion over the next 10 years.

But, even if there was no economic benefit to immigration reform, the moral argument is simply too strong to ignore. Leviticus 19:33-34 says, “When a foreigner resides among you in your land, do not mistreat them. The foreigner residing among you must be treated as your native born. Love them as yourself, for you were foreigners in Egypt.” Yet, millions of families today remain separated by thousands of miles, and often oceans, between them. Many of our undocumented workers, especially women, are abused, have their rights and dignity violated on a daily basis, and some are even trafficked because they have little recourse against their employers. Young people, who came here as children, live in the shadows through no fault of their own.
Many of us Korean Americans can trace our family’s history of immigrant struggle to a few decades earlier, and since then we’ve managed to make this great nation our home. But even as we work to build successful lives for ourselves, and for our loved ones, let us not forget our fellow Korean and non-Korean brothers and sisters who continue to live in the shadows and are still fighting to realize their American Dream. Like our parents once did, they too are only asking for a chance to build a better life, so that they can one day give back.

Michelle Obama recently said, “As citizens, we do not shut the doors of opportunity behind us. We preserve the promise of America. We renew it. We extend it, so that future generations of Americans—Americans by birth and ‘Americans-by-choice’—can do their part to form the more perfect union that our founders imagined so many years ago.”

I believe that our strength as a country is a direct result of the diversity within our borders. That’s why, whether our families came here recently or 100 years ago, immigration reform should be our fight, too. I respectfully urge everyone to learn more about how to get involved and show your support in the fight for real immigration reform by visiting fwd.us.

Paul Y. Song is an oncologist, health care activist and biotech executive based in Los Angeles. To learn more about the Courage Campaign he leads, visit www.couragecampaign.org. 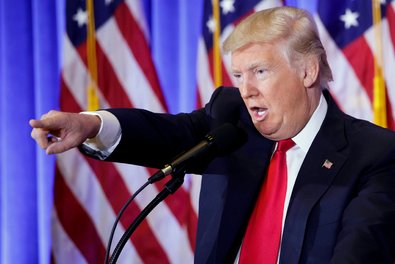