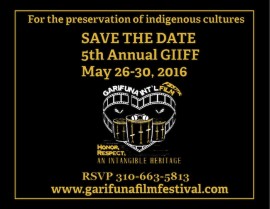 The GIIFF, currently one of the nation’s most prestigious film festivals celebrating both Caribbean and indigenous cultures from around the world will be held on May 26-30, 2016 in Venice, California.

Once again, the 2016 Academy Award best acting nominations are all white — a repeat of 2015 despite widespread criticism expressed by the Twitter hashtag #OscarsSoWhite. But while reading about the Academy Award nominations, my thoughts turned to the tragic image of the late Misty Upham, a Native American actress of the Blackfeet Nation who appeared during the 2015 Oscars telecast in the “In Memoriam” montage while Meryl Streep looked on.

Tucson-HSL Properties presented the 2nd Annual HSL Properties Tucson Jazz Festival throughout downtown Tucson from January 14-24, 2016. In its early infancy, the festival has already exceeded expectations. The host city is an idea destination for snowbirds (winter visitors), locals and jazz birds (jazz enthusiasts who travel near and far to festivals). 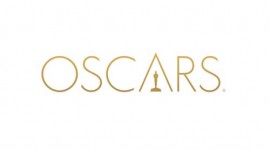 Let’s talk about the only thing that the Academy of Motion Picture Arts and Sciences understands. That’s dollars and cents. African Americans spend far more dollars proportionately on Hollywood films than any other segment of the film-going public. According to a comprehensive BET research study, they make nearly 200 million trips to the movies yearly. That averages out to more than 13 movie trips for African Americans versus barely 11 for the general movie-going audience. They are more likely to make repeat visits to movies that they like. This adds up to more than $500 million in added spending. They go to the movies more often each month. The average is more than two times per month, or nearly 30 movies a year. And, contrary to the popular view, they don’t just go see “black themed” films that are heavy with black stars. In fact, more than 80 percent of the movies African Americans go see do not feature a black cast or storyline. 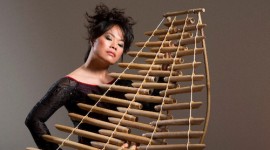 Oscar-nominated and Emmy Award-winning composer Vân-Ánh Võ premieres her new musical epic this month in San Francisco, inspired by the experiences of the Vietnamese Boat People. Integrating traditional and new instruments, video, field recordings and interviews with survivors, The Odyssey–From Vietnam to America reflects the resilience of the human spirit and the price of freedom. The work was created in partnership with Asian Americans for Community Involvement (AACI). She spoke with New America Media editor Andrew Lam. 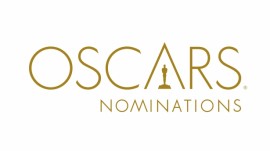 Del Toro and Lee announced the nominees in 11 categories at 5:30 a.m. PT, followed by Boone Isaacs and Krasinski for the remaining 13 categories at 5:38 a.m. PT, at the live news conference attended by more than 400 international media representatives. 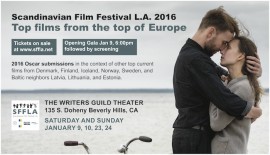 SFFLA – has been Nordic film’s “home away from home” for SEVENTEEN years offering “top films from the top of Europe” showcasing films from Denmark, Finland, Iceland, Norway, and Sweden. And now we include “Hanseatic Happenings” so you can see what’s going on around the Baltic neighborhood. 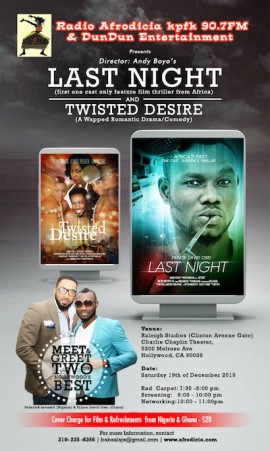 LAST NIGHT, TWISTED DESIRE centers on an On Air Personality, the character played by Price David. He is the regular young man with a flourishing career, family and a side chic. He is a drug addict who relies on getting high on hard substances as a source of inspiration. On a particular evening, he has an episode that makes the world practically come crumbling on him. 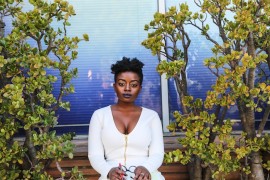 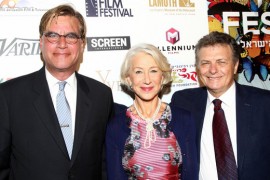