One of President Trump’s executive orders on immigration dramatically expanded priorities that determine who can be deported. Immigrant rights advocates and attorneys say that under the expanded definition, nearly any undocumented immigrant could be considered a target.

This “reprioritization – non-prioritization really” – of who is deportable is “one of the most troubling aspects of Trump’s executive order on interior enforcement,” according to Melissa Keaney, staff attorney at the National Immigration Law Center (NILC).

Keaney, who spoke during a national webinar on Trump’s executive order signed last Wednesday, said the changes to deportation priorities go into effect immediately. The order also calls for the construction of a wall along the U.S.-Mexico border and an increase in the number of Border Patrol agents.

Under Obama, certain criminals and recent arrivals were prioritized for deportation; under Trump, the definition of criminal has been expanded so much that it can be used to target almost anyone.

Trump’s new priorities for deportation include anyone who initially entered the United States without documents; anyone with a final removal order; anyone charged with a criminal offense where the charge has not been resolved (even if the charge was dropped); and anyone who “committed acts that constitute a chargeable offense” (even if they were never charged).

The last two categories are the most troubling, said Keaney, and the last category is “a new standard that we have never seen” and one that is so vague and broad that it is difficult to know how it will be enforced, explained Keaney, noting that it has no statute of limitations.

“I think that this is one of the most concerning aspects of the executive order, particularly because we’ve seen in the past how this lack of prioritization at the federal level really incentivizes racial profiling,” she said.

Trump also issued an executive order to withhold federal funding from sanctuary cities. The city of San Francisco has since filed a federal lawsuit against President Trump, calling his executive order unconstitutional.

In addition to expanding the definition of who is deportable, Trump also authorized the hiring of 10,000 new ICE officers, representing a tripling of the agency’s size, and the ramping up of the 287(g) program, which allows local police officers to become immigration officers, and reverts from the Priority Enforcement Program (PEP) back to Secure Communities.

Keaney predicted that we may even see a return of the “task force” model, in which deputized officers act as immigration agents on the street, not just in the jails.

The fate of DACA

One question that has not been settled is what the Trump administration will do about Deferred Action for Childhood Arrivals (DACA). Trump has not made an announcement on the executive order issued by Obama in 2012 that allows certain undocumented immigrants brought to the country as children to gain temporary protection from deportation and access to a work permit. That program remains in place currently.

One scenario, according to a leaked draft document that has not been signed, is that the Trump administration would end the program but allow work permits to expire on their own. However, the administration has also made statements that leave the door open for not targeting DACA recipients for deportation. They also signaled last week that it may take them up to four weeks to decide on what to do about DACA.

In the meantime, immigration experts are encouraging anyone considering applying for or renewing DACA to consult with a qualified immigration lawyer or Board of Immigration Appeals (BIA) accredited representative.

According to another leaked draft document that also has not been signed, non-citizens applying for public benefits could be subject to deportation (even if they are legal immigrants with visas).

“If the leaked draft is signed, the changes proposed would be breathtakingly extreme, and it would alter dramatically immigration policies and practices around public charge that have been in effect basically for a century, and public benefits policies and practices that have been in effect for decades,” said Jenny Rejeske, health policy analyst at NILC.

If it is signed, she said, the changes would not go into effect immediately, and would be subject to notice and public comment.

In the meantime, she said, “We need to be preparing to push back against the proposed changes by documenting the importance of government programs to our community’s health and well being.”

For now, advocates are urging immigrants and their allies to show up to public actions, and to call their two U.S. Senators and their member of Congress to voice their opposition to Trump’s executive orders on immigration.

“Where people have Republican legislators, this is a really important way for them to … know that their entire constituency is not behind them… in their targeting of immigrants and refugees,” said Zahra Billoo, executive director of Council on American-Islamic Relations (CAIR) in San Francisco.

“And where they have Democratic legislators,” she said, “it’s important that we’re giving them the political cover not just to be mild or moderate on opposing Trump, his nominations and his efforts, but actually to be courageous.”

For information on what to do if you are stopped by ICE, go to: https://www.nilc.org/get-involved/community-education-resources/know-your-rights/. 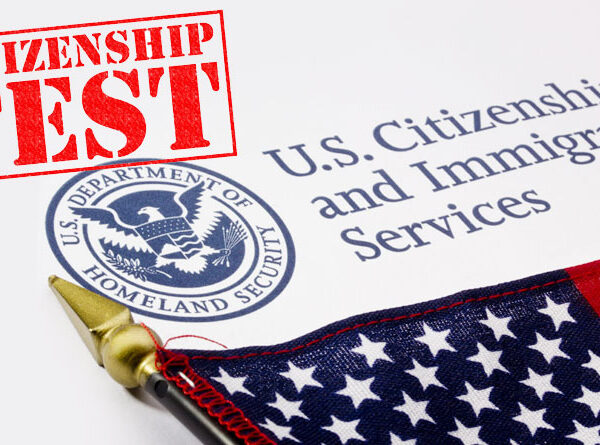 USCIS Reverts to the 2008 Version of the Naturalization Civics Test