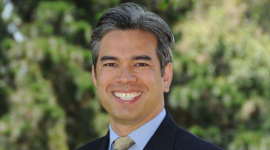 I learned what it means to be a U.S. citizen at the family dinner table.

My earliest memories are of the vivid stories my parents told me, stories that shaped the values I hold to this day and that emphasized the playing an active role in shaping and improving our world.

Over warm bowls of sinigang, my father told my brother, sister and me how he marched in Selma, Alabama and stood with Dr. Martin Luther King, Jr. in the historic battle for civil rights.

“I pledge allegiance to the Flag of the United States of America, and to the Republic for which it stands, one Nation under God, indivisible, with liberty and justice for all.”

These are the very first words that I utter on the floor of the Virginia House of Delegates at the beginning of each legislative day.

As the first Asian-born immigrant elected to Virginia’s state legislature since it began meeting in 1619, these words have tremendous personal meaning to me.

When I place my right hand over my heart and recite the Pledge of Allegiance, the words penned in 1892 by Francis Bellamy remind me of that day in December 1991 when I became an American citizen by choice. 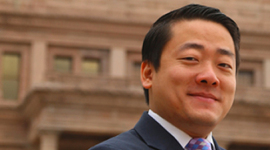 Like millions of other immigrant families, my family came to this country with not much more than the change in our pockets. Born in Guangzhou, China, I was four years old when we moved to the United States. I grew up in southwest Houston, where I now have the honor of serving as a member of the Texas House of Representatives.

While my family’s specific story may differ, our experiences echo those of other immigrants. Our fathers suffered long and brutal days working for little money in jobs that didn’t respect their intelligence or education. Our mothers scrimped and sacrificed to make ends meet, and to give us the best education possible. Our parents endured the physical hardships, endured the insults of people strange to them, and continued demeaning jobs because they believed in something better. Something better for us. 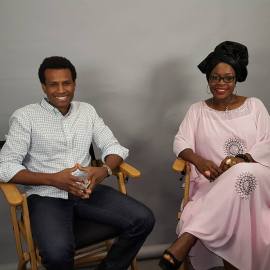 Queen Of Katwe is the true story of a young girl from the streets of Uganda who defies the odds to become an international chess champion and prodigy. Starring Lupita Nyong’o, David Oyelowo, newcomer Madina Nalwanga and directed by Mira Nair. Interview with Tendo Nagenda on Frank Talk with Pamela Anchang 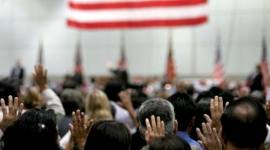 The U.S. Constitution: it’s a legalistic document that takes about a half-hour to read. Yet it changed the course of history, by encoding the basic principles and values that have managed to sustain our nation as a beacon burning bright for the world for more than two centuries.

Which is why U.S. Citizenship and Immigration Services (USCIS) takes special pride in naturalizing new citizens – good people drawn by that beacon — during Constitution Week. These ceremonies are an appreciation of the historic connection to the roughly 4,500 words that these brand-new Americans just swore an oath to support and defend. 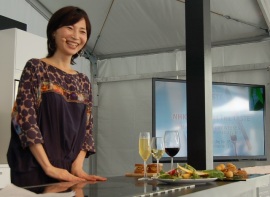 Los Angeles-The Taste, Los Angeles Times annual celebration of Southern California’s vibrant, influential culinary scene, returned to the Paramount Pictures Studios backlot for another segment, Labor Day weekend, September 2-4, 2016. The Taste reflects The Times’ distinctive, award-winning coverage of all things edible, each of the five events showcased the chefs and restaurants at the heart of L.A.’s food and dining culture and included unlimited tastings from the city’s best eateries as well as specialty drinks, wine seminars and cooking demonstrations. 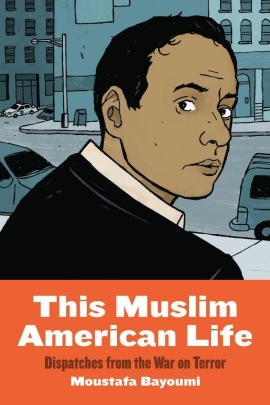 After a detailed selection process, the winners of the 2016 Arab American Book Awards have been selected and for the first time two books will receive the Evelyn Shakir Non-Fiction Award. 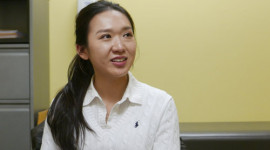 NEW YORK, N.Y.–As a family caregiver for my mother, who has dementia, I recently participated in six monthly meetings of a Chinese support group in New York.

Although the participants did not know each other before, they found light among hopelessness in each other’s stories, and I felt the group’s tremendous power in these meetings. The members hared the strength of love through human sufferings. Some said they faced similar challenges with family members facing the end of their lives.

The Chinese-community support groups began eight years ago, after and English-speaking Chinese man attended a seminar by the Alzheimer’s Association’s New York Chapter. Feeling the program was very helpful, he suggested the association organize similar seminars and support groups for Chinese-only speakers there. 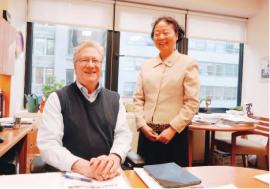 For Lian’s Grandpa, 87, seeing an airplane can set him shouting in Chinese, “Run for your life! The Japanese bombers are coming!” His dementia brings his mind back to being on the run during Japan’s World War II occupation of China. Lian’s Grandma also suffers, unable to bring her husband back to the present. A geriatric psychiatrist prescribed heavy medications, which diminish his anxiety–but make him look lost.

“Dementia is a 21st century human catastrophe,” says Jed Levine, executive vice president of CaringKind, formerly New York City’s Alzheimer’s Association chapter. “It makes many families live in fear and helplessness; it takes up a huge amount of resources of the government.”