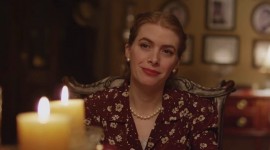 Brazilian born actress and producer Sabrina Percario like most immigrants came to the United States with big dreams. She certainly has made great strides realizing her dreams, earning numerous accolades the likes of which define success in Hollywood including an award for Best Leading Actress at UIFF (United International Film Festival), Jury Mention at LAIFFA (L.A Independent Film Festival Awards) and Best Drama Short Film at the Sao Paulo Times Film Festival for her short film “Julia,” which happens to be about realizing one’s own dreams!

A Permanent Resident Card (Green Card) is issued to all permanent residents as proof that they are authorized to live and work in the United States. If you are a permanent resident age 18 or older, you are required to have a valid Green Card in your possession at all times.