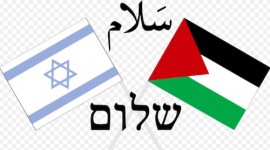 There is no such thing as “international terrorism”.

To declare war on “international terrorism” is nonsense. Politicians who do so are either fools or cynics, and probably both.

Terrorism is a weapon. Like cannon. We would laugh at somebody who declares war on “international artillery”. A cannon belongs to an army, and serves the aims of that army. The cannon of one side fire against the cannon of the other.