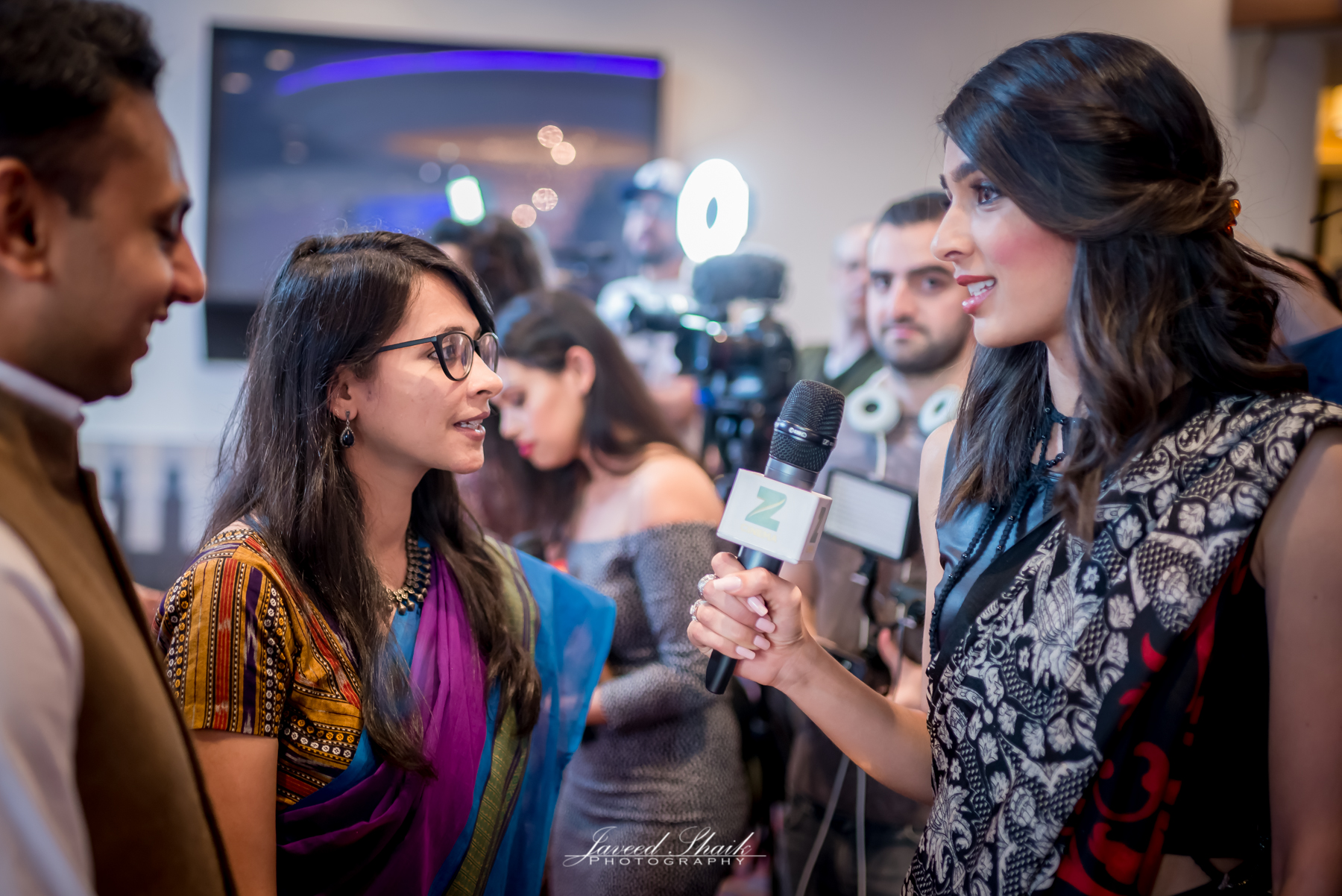 IFFLA To Run May 20th – 27th, Opening With Fire in the Mountains, Presented by Asif Kapadia, and Closing with Sthalpuran (Chronicle of Space), Presented by Anurag Kashyap

Special programs include “Childhood on Edge” curated by Uma da Cunha, a panel featuring South Asian showrunners, and a special screening of Prakash Deka’s Fireflies, followed by a panel on transgender and non-binary representation in India and the diaspora.

The Indian Film Festival of Los Angeles (IFFLA) announced today its full lineup of narrative and documentary features, and shorts for the festival’s 19th edition, which will be held virtually and geo-blocked to California, on May 20-27. Passes go on sale today, April 15, at www.indianfilmfestival.org.

“This is a very special year for IFFLA. Taking the festival online has given us the freedom to curate programs we would not have been able to present in a physical setting. We have expanded our reach to all California residents, doubled the shorts program with a strong representation of films from the diaspora, added special programs like “Childhood on Edge”, and curated discussions on timely and pressing topics, celebrating the independent film community from India and the Indian diaspora,” said Christina Marouda, Executive Director. 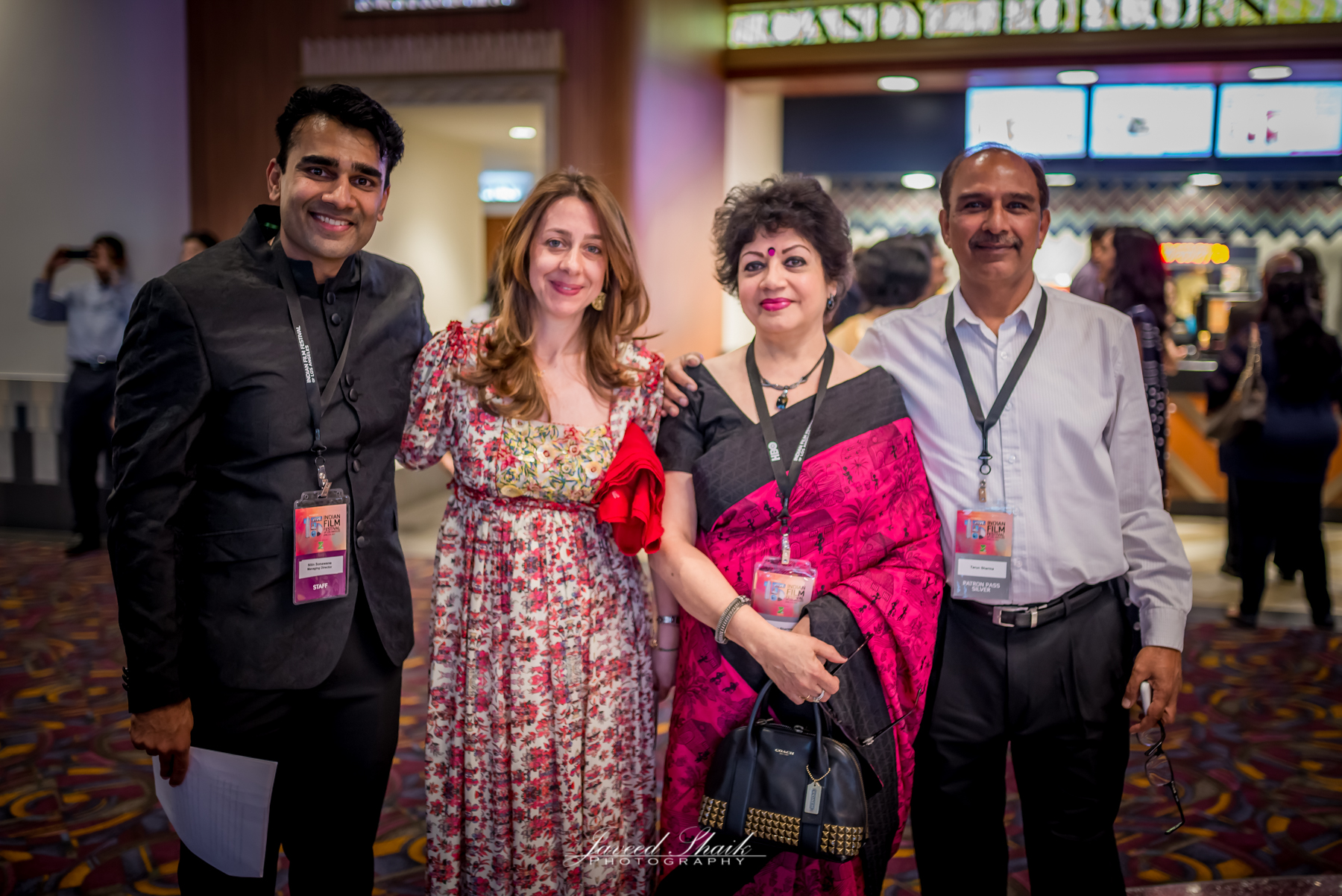 IFFLA will open with the Los Angeles premiere of the powerful female-centric film, Fire in the Mountains, the 2021 Sundance-selected debut feature by Ajitpal Singh that immerses audiences in the splendor of the Himalayan mountains. Academy Award-winning filmmaker Asif Kapadia (Amy, Sienna) will join Singh for an insightful conversation and Q&A, highlighting the journey of the making of the film.

IFFLA’s Closing film on May 27 will feature a screening of Sthalpuran (Chronicle of Space) by Akshay Indikar, the Marathi film that premiered at Berlinale 2020 and has captured the hearts of audiences at festivals around the world for its breathtaking minimalist exploration of the inner life of its protagonist, a young boy named Dighu. Long-time IFFLA alum Anurag Kashyap (Sacred Games, Gangs of Wasseypur) will join Indikar in a Q&A discussion, putting together an exciting up and coming independent filmmaker with one of the most celebrated independent filmmakers of our generation.

Of note this year is a special program curated by the legendary Uma da Cunha, who has been IFFLA’s Programming Advisor since the festival’s inception in 2002. “Childhood on Edge” will present three diverse features (Bridge, The Tenant, and Vanaja) and three shorts (Rettai Jadai, Kanya, and Rammat-Gammat) with characters on the verge of the momentous transformation from childhood to adulthood.

The festival also features a strong lineup of films directed by women, most notable in this year’s shorts competition lineup, which comprises an eclectic selection of 21 films presented in four shorts programs. 13 languages are represented in this program, with a strong presence of 13 films from the South Asian diaspora, including the 2020 Student Academy Award winner and 2021 Academy Award shortlisted film, Bittu by Karishma Dube; the 2020 Venice Biennale selected Anita by Sushma Khadepaun; 2021 Rotterdam selection Letter From Your Far-Off Country by Suneil Sanzgiri; and the world premieres of American Anomie by Shahriar Azim, and Last Night In Vegas by J. Nicholas Meese.

Other highlights from the shorts lineup include the Grand Prix winner of the 2020 Cannes’ Cinéfondation competition, Catdog by Ashmita Guha Neogi; the 2021 Sundance-selected Lata by Alisha Tejpal, the 2021 Clermont-Ferrand award winner Angh by Theja Rio; and India’s 2021 National Award Winner Custody by Ambiecka Pandit. Four of the films in the program are directed by IFFLA alums, including For Each Other, the latest film by Rima Das (Village Rockstars).

The Indian Film Festival of Los Angeles (IFFLA) is a nonprofit organization devoted to a greater appreciation of Indian cinema and culture by showcasing films and promoting the diverse perspectives of the Indian diaspora.

Logline: Chandra single-handedly manages her family’s homestay in a Himalayan village, struggling to save for her son’s medical treatment, while her alcoholic husband spends their money on shamanic rituals, pitting desperate pragmatism against entrenched superstition.

Logline: When eight-year-old Dighu’s father mysteriously disappears, he is forced to relocate with his mother and sister from their Pune home to his grandparent’s coastal village, turning his life upside down.

Logline: Drawn from real life incidents, the story follows the unusual struggle and the accompanying empowerment of a teenage girl residing at the bank of a tributary of the mighty, overflowing Brahmaputra river in Assam.

Logline: A conservative Mumbai suburb is bestirred by the arrival of an alluring cosmopolitan woman in their midst. When a wide-eyed 13-year-old boy pursues a friendship with her, he stumbles upon her secret past and is thrust headlong into adulthood.

Logline: After seeing 14-year-old Vanaja’s prowess, the reigning local landlady decides to teach her Kuchipudi dance. The initial chemistry between Vanaja and the landlady’s son turns ugly, pitching Vanaja into a battle of caste and hostility.

Logline: An adolescent girl growing up in a traditional Tamil household aspires to become a competitive swimmer, but her life takes an unexpected turn when she gets her first period.

Logline: Their different socioeconomic backgrounds have not stopped two school boys from being best buddies, but a brand-new pair of soccer shoes will put their friendship to the test.

Logline: Adolescent Viru envies her best friend Bhanu for the beautiful red ribbons she wears on her hair, something she cannot afford. But when an unexpected mishap makes her the source of ridicule at school, Viru will discover what true friendship is made of.

Logline: Forbidden by society from consummating their desires, a PhD student and a married pediatrician sublimate their feelings for one another into a sensual obsession with exotic meats that drives them to break the ultimate taboo.

Logline: When her brother is accused of ISIS terrorism, a Muslim woman is ostracized by her conservative, rural Kerala community. Disallowed to be a mother, daughter and wife, she must decide how to stand up against societal oppression.

Logline: The lives of a petty criminal, in love with a savvy sex worker, and a laid-off factory employee, desperate to stop his pragmatic wife from working, collide – in a fleeting moment sealing their fates with a misguided criminal attempt to fulfill their dreams of a better life.

Logline: After her husband of 52 years dies, Mrs. Sharma defies the expectations of her family and refuses to move in with them, choosing instead to forge her own path and strike up new friendships that make her the talk of her small town.

Logline: The beauty of Laila becomes the talking point in the shepherd community when she marries Tanvir and moves in with his family. When a local cop starts getting increasingly obsessed with her, the fierce woman plays a recurrent, amorous game that could spin dangerously out of control.

Logline: An irascible drunkard drags his reticent boy to a distant village to get his estranged wife to return, but when the encounter turns ugly, the journey home through unforgiving Tamil Nadu barrens transforms the father and son’s parched relationship.

Logline: A basket seller with big dreams for his grandson is asked by his bellicose landlord to prep a pig for a victory meal. The ensuing affair reveals the fraught caste politics surrounding forbidden meats in rural Tamil Nadu.

Logline: An upper middle class couple who hits a rickshaw driver with their car must face the moral implications of their actions when the driver’s younger brother shows up at their doorstep informing them the injured man is fighting for his life.

Logline: After surrendering their identities as fighters in India’s infamous pro-tribal rights Naxalite movement, Somi and her husband face challenges re-integrating into mainstream rural life and in securing documentation and education for their young son.

Logline: A palliative care team in New Delhi helps terminally ill patients and their families come to terms with the inevitability of death.

Logline: A young immigrant who sees his American dream fade away while working the night shift of a shabby Los Angeles motel faces the impossible task of having to choose who deserves a bed for the night.

Logline: As Christianity takes hold of Nagaland, a Headhunter village chief and his son struggle to hold on to the last remnants of their tribal culture.

Logline: Anita returns to India for her sister’s wedding, eager to share some news about her exciting, independent life in America. But her pride quickly turns to disillusionment when the deep-rooted force of patriarchy rears its ugly head.

Logline: The annual day school function evokes latent aspirations in three feisty teenagers who will stop at nothing to show off their unique talents.

Logline: When adversity strikes, the future may depend on Bittu, a defiant young girl with a brilliantly foul tongue.

Logline: Two young siblings find refuge in a startling world of their own making, where they are free to act out their beguiling impulses and fears.

Logline: As they wait for the barista to call out their coffee drinks, three Indian colleagues fantasize about their alternate personas that inspired their fake Americanized names.

Logline: When carelessness results in tragedy, a group of friends celebrating New Year’s Eve in Mumbai turn on each other.

Logline: In a remote Himalayan village, a young orphan boy’s imagination is fueled by his eccentric grandmother’s fantastical tales.

Logline: When an accident disrupts the harmonious rhythms of a quaint Assamese community, the blossoming romance between a carefree tempo driver and a spunky shop owner will come to the test.

Logline: A suburban Indian American teenager will do whatever it takes to fulfill her prom night fantasy.

Logline: A resourceful teenager living in a refugee camp where basic personal hygiene has become a luxury is on a mission to survive the onset of her menstrual period.

Logline: On the eve of her arranged marriage, a perfect Bengali American daughter sings about the not-so-perfect choices she made at her bachelorette party in Vegas.

Logline: A father reads aloud a letter his far-off son has written to their fallen relative, a follower of anti-caste leader B.R. Ambedkar, their conversation evoking other letters, footage and poetry that protest the alienation of Kashmir, from 1989 to today.

Logline: A devoted henchman’s loyalty to Sir, the feared leader of the Parisian Tamil mafia, is shaken when he takes a young immigrant woman under his wing.

Logline: Roaming the streets of Ahmedabad on a festive Navaratri night, two young women may have the chance to fall for each other.

Logline: A father and son’s daily morning commute is the perfect time for some good bickering and their chance for connection.

Logline: In the hellscape that is a future Kolkata flooded due to climate change, a family of climate refugees scrapes through, until one day they are ambushed by a starving tiger. 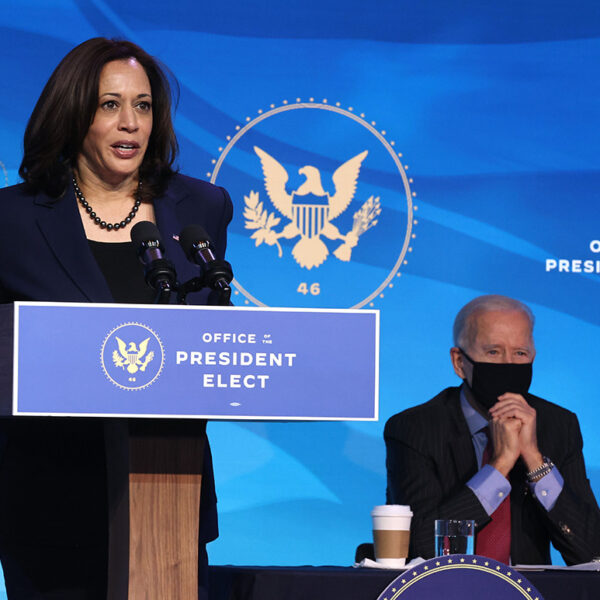 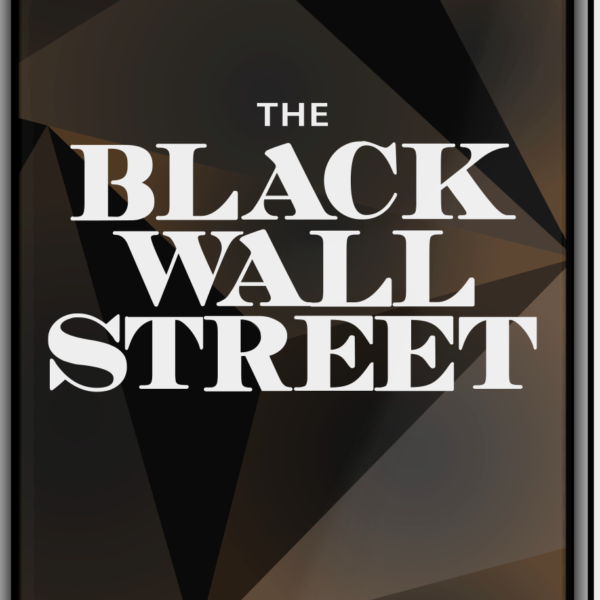 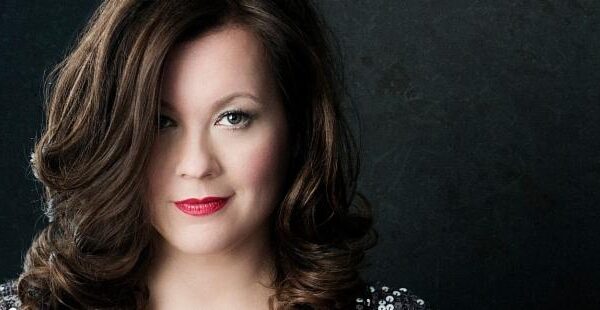