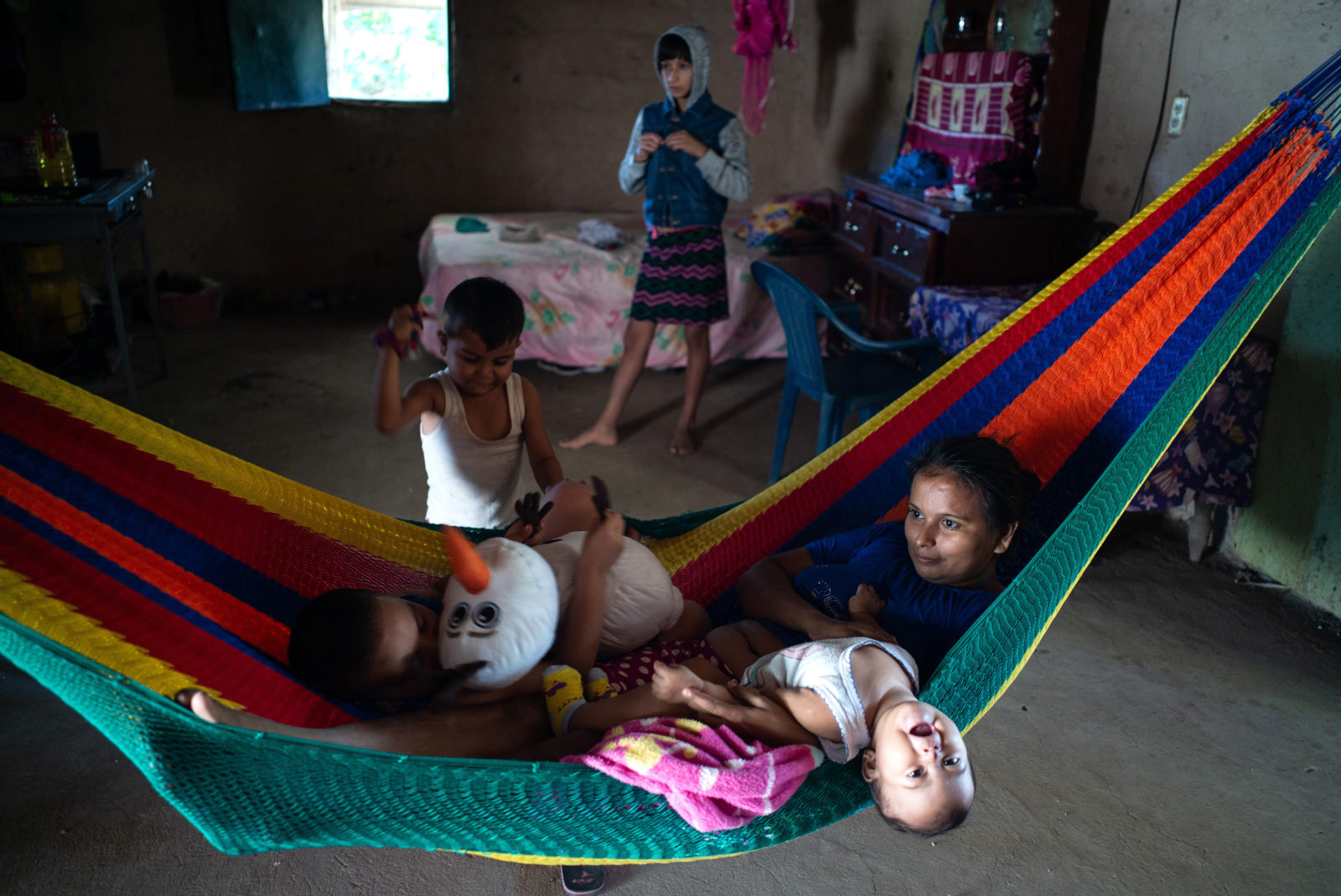 The Trump administration’s zero-tolerance policy separated kids and parents, putting the children in foster care, where many of them got a taste of a life much better than the one they left. What happens when they land back home? Christmas wasn’t going to be much this year at the Maldonados’ tiny home in eastern El Salvador. Then 6-year-old Wilder arrived, lugging a duffel bag fat with the brightly colored remnants of his brief life in the United States — time he’d spent separated from his father by immigration authorities.

Suddenly, the two shabby rooms with dirt floors and drab adobe walls turned festive. As a pot of chicken stew simmered on a wood-burning stove, a group of barefoot children rummaged with glee through the big black bag, pulling out treasures.

Two-year-old Kevien claimed the Spider-Man pajamas and the talking Spider-Man mask that said things like, “Look out, it’s web-slinging time!” Darwin, a neighbor’s kid, posed in a pair of red Spider-Man glasses with silvery-white webs and blinking lights on the frames.

Yohana, 14 and wispy like a ballerina, picked up a glossy soccer ball that had “USA,” emblazoned on one side and called Darwin outside to play. Meanwhile, the baby, MiLeidi, 8 months old, squealed in delight at a stuffed Olaf, the snowman from “Frozen,” that was bigger than she was.

The only kid who didn’t seem to care much about the contents of the duffel bag was Wilder. He sat by himself on the only bed in the house, apart from the commotion, engrossed in games on his mother’s old cellphone. Kevien offered Wilder the talking mask, trying to entice him to come play. But, without looking up from the cellphone, Wilder shook his head and turned away.

Back with his family, Wilder didn’t want to talk much about his experiences, not that he’s old enough to make sense of them. Except for the immigration officials who separated him from his dad, he’d been a victim of a lot of people’s good intentions. There was his father’s desperate attempt to lift his family out of misery; a Texas foster family’s eagerness to provide him a comfortable, and comforting, life; and a federal court’s decision to end zero tolerance and send Wilder back to his family in El Salvador.

For now, the best insight into what might be going on in Wilder’s young mind comes from the adults who shared his ordeal. They sound sad and whiplashed.

“I don’t know what it was about him, but it was hard to let him go,” said Erica Gallegos, the San Antonio woman who took care of Wilder during his time in the U.S. She cried for most of a 45-minute phone call. “In a very short time, he became a part of the family.”

To Cabrera, Wilder’s mother, his time away seemed an eternity. He had changed in so many ways that she described feeling dizzy just looking at him. None of his old clothes fit because he’d been much thinner when he left. And his smile was filled with gaps from all the baby teeth he’d lost. He’d also ridden on an airplane and a ferry, swam in the Gulf of Mexico, let a barber cut his hair, gotten vaccinations, had his first crush on a girl, gone to a movie theater, and learned to tie his shoes, write his name and ride a bike. His vocabulary had grown. He can count to 20 in English. And he doesn’t bark commands at her anymore, she said. He now says “please” and “thank you.”

“There are things he tells me, and I don’t know what he’s talking about,” Cabrera said. “What’s a Grinch?”

Migrating to the U.S. was not new to Wilder’s father. Maldonado had lived in the U.S. through the late 1990s and early 2000s, first immigrating illegally, then gaining temporary protected status in 2001. El Salvador had suffered a series of deadly earthquakes and the Bush administration agreed to let 150,000 Salvadoran immigrants stay and work in the U.S., hoping the money they’d send back to their families would help the Central American country recover.

Maldonado was a single man back then. He worked restaurant and construction jobs up and down the East Coast, from Tampa, Florida, to Long Island in New York, to help take care of his mother in El Salvador. But in 2003, Maldonado said, he returned home when his mother fell ill, using some of the money he’d made to get her medical attention. Shortly afterward, he met Cabrera — who is related to the wife of one of his brothers — started a family, bought a few head of cattle to breed and sell, and built their simple home with his own hands. It’s located on a patch of his wife’s family’s property outside a quaint Salvadoran town called Lislique.

“My intention was to stay in El Salvador,” Maldonado said. “I only left because I started to have problems.”

Cabrera and Maldonado said the cattle business began failing about four years ago. Maldonado had attempted an expansion, borrowing several thousand dollars to grow his herd. But the country’s violent street gangs began moving into Lislique and demanding a cut of Maldonado’s profits. Cabrera said her husband started looking for odd jobs to supplement his income to pay both his debts and the money the gangs demanded.

Each month, there was less money to cover the family’s needs, Cabrera said. And when Maldonado told the gangs he couldn’t afford to pay them anymore, she said, they beat him up and threatened to kill him.

In May, Cabrera said, her husband decided to gamble one more time. He borrowed $5,500 to pay smugglers, known as coyotes, to take him to the U.S. to seek asylum. The plan was to earn enough money to provide for her and the kids left behind, and then, once his status was secure, bring them to the U.S., too.

The coyotes, she said, warned Maldonado that crossing the border wasn’t as easy as it was the last time he migrated. Rather than sneaking into the country, they told him he should turn himself in immediately to border authorities. And they suggested that he bring along one of his kids because he’d spend less time in detention if he had a child with him.

“I didn’t want to let Wilder go,” Cabrera said. “But Hilario said it was the only way. He promised he would take good care of Wilder. He said Wilder would have opportunities that don’t exist here in El Salvador.”

Maldonado said the trip across Central America and Mexico, mostly in the back of pickup trucks and packed tractor-trailers that were not equipped for human cargo, was grueling for him and nearly fatal for Wilder. “I was trying to give him a better life,” Maldonado said of his son, “and he almost died, twice.”

One of the trailers, Maldonado said, was so overcrowded and tightly sealed that Wilder passed out. He scrambled to find an opening in the trailer’s hull, he said, shoving aside the men standing next to it and pushing Wilder’s mouth and nose against the hole until he opened his eyes.

On another leg of the trip, Wilder fainted again as he and his father rode in the back of a pickup truck in a driving rainstorm. When asked why he would take such risks with his son, Maldonado said: “I was desperate. I thought if I didn’t get out of El Salvador, my children would starve or become orphans.”

Maldonado said he thought the hardest part of the journey was over when he and Wilder arrived at the U.S. border on May 31. Then they ran head-on into the Trump administration’s zero-tolerance policy.

“The agents came to me and grabbed Wilder out of my arms,” said Maldonado, a brawny man with a square jaw and metal caps on his front teeth. “He was screaming for me: ‘Papa, papa!’ But I couldn’t do anything. I couldn’t run after him. I remember I just watched as they took him. I felt like my heart was going to stop.”

A few days later, the federal government placed Wilder in foster care with the Gallegos family in San Antonio. Erica Gallegos said there were four other foster children in her house during much of the time Wilder was there. One of them was a 5-year-old Central American boy who had also been separated from his parent.

Gallegos said the two separated boys slept in the same room, Wilder on the top bunk.

Wilder, confused and tired, didn’t speak much his first couple of days in her home, Gallegos said. She said she gave him his space, engaging when he wanted to do so and leaving him alone when he didn’t. By the end of the first week, however, she said she managed to win him over by making it clear that he hadn’t been taken away from his family for good. She was only taking care of him until his family was reunited.

“I told him he could call me tía,” Gallegos said, the Spanish word for aunt. She started to cry and sniffle, “I wanted him to feel at home, but I didn’t want him to think I was trying to be his mom.”

From then on, she said, Wilder settled happily into the Gallegos clan; mom, dad and four children, including three who are adults with families of their own. And the family warmed to him. Erica Gallegos enrolled him in first grade and took him to church on Sundays. They had regular pizza and movie nights. She took him home to visit her parents, in the border town of Del Rio. And Wilder joined the family on a beach vacation to Corpus Christi, where he ate s’mores, watched dolphins swim alongside a ferry and marveled at the size of the sea.

Unlike other children she’s cared for, Gallegos said Wilder seemed to crave rules and routine. She said she taught him once how to fold his clothes and put away his shoes and rarely had to remind him again. She said he made his own bed and asked her to inspect it to make sure he’d done it right. And at night, she said, Wilder wouldn’t fall asleep until she said prayers with him. 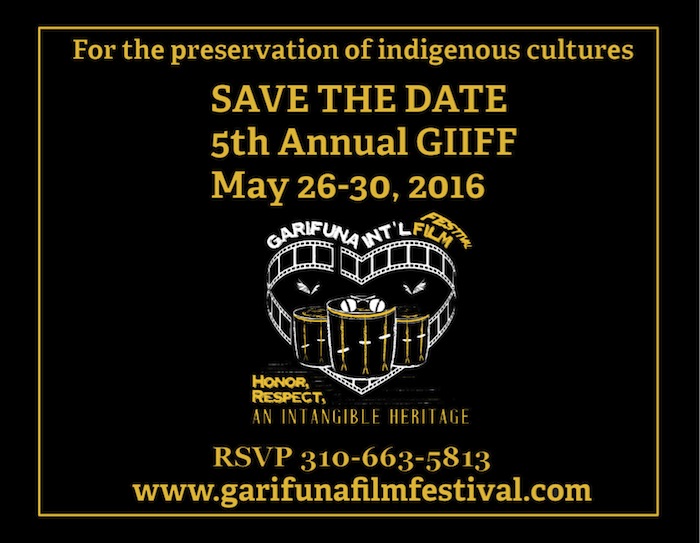 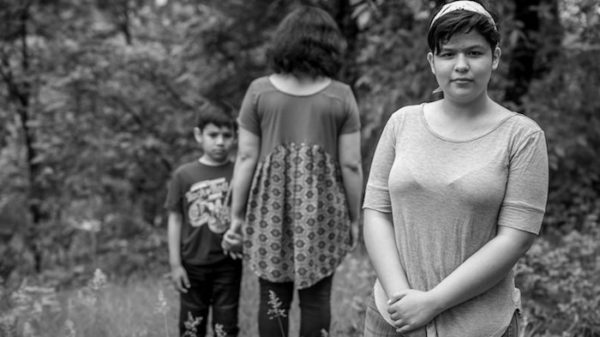 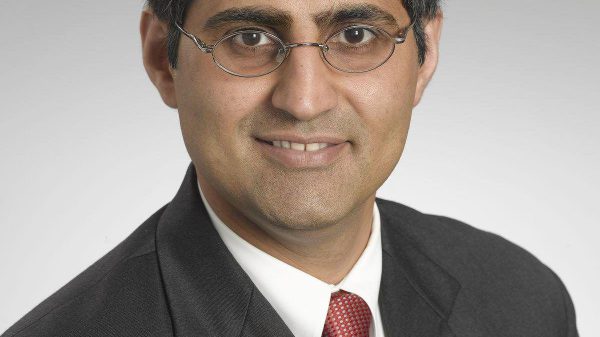