Priests, shopkeepers, doctors, lawyers, activists and even artists are among those who make up a network that is starting to spring up in the United States to help migrant kids – but they must keep the network underground to avoid attacks by anti-immigrant groups.

The exodus of undocumented children from their home countries to the United States, and the recent expressions of hate by anti-immigrant groups, led to the creation two weeks ago of a movement not seen since Central America’s civil wars.

El Universal reported last week that anti-immigrant groups have formed in Texas and California. American self-defense militias launched an operation called Secure Our Borders, an initiative in which they trained their compatriots to use arms to prevent undocumented immigrants from, as they put it, “invading our country.”

In Los Angeles, another group set up shop near the offices of the Border Patrol to prevent immigrants from crossing; that movement is noteworthy because most of its members are Latinos themselves.

In response, a pro-immigrant underground network has emerged, operating in the Los Angeles metropolitan area and Riverside, San Bernardino, Orange and Ventura counties, where 47 percent of the population is Hispanic.

The system of humanitarian aid has started to extend across the country, and the children and their families have received transportation, plane tickets, medical care, legal representation, places to stay, and even free haircuts.

Luz Maria Gallegos, a short, dark-skinned woman, is starting to lose her voice and her arm is cramping up. For the last two hours, she has been holding up a sign and yelling, “Against racism, igualdad para todos [equality for everyone].” She drove from San Bernardino to Murrieta, Calif., to support the protest in favor of releasing the migrant kids.

“It doesn’t scare me, I’m used to it, but there are other people who prefer to keep their information private because they’re afraid of the anti-immigrants. Some Minutemen carry arms with them and are very dangerous,” she said.

She directs one of the key organizations providing legal representation for migrants in Los Angeles, TODEC, which has become the leader of the massive support network for kids and their families.

Gallegos says that two weeks ago, anti-immigrants blocked the arrival of the migrant children from Texas to Murrieta. That’s when she says they started to ask themselves how they could help – not just the children during their legal proceedings in detention, but also the families that were successfully entering the United States.

“We started to call everyone, churches, organizations, shops, to suggest the possibility that they could not only help economically, but also by giving them rides from one city to another, with medical care. Now the collaboration is such that people from all over the country are talking to us to join the network,” she says.

There are now some 300 “units,” as they call them, that have joined the network to help the migrant children. These include churches of different religious doctrines, medical and psychological counselors, clothing stores, grocery stores, all primarily located in Southern California.

A key part of the network includes doctors at two hospitals; however, they declined to identify themselves in order to maintain their safety. “For those who say they [migrant children] are a burden to the country – they are offering their services to the migrants for free. It’s a beautiful thing,” Gallegos says.

Two days ago, a family from Honduras said they got help from the network in Riverside. “We saw the hate, but today we are moved by all of the help,” they say. Gallegos reiterates that the family’s names should not be identified since, as she says, “These people don’t even have compassion for the children; it doesn’t touch their heart.”

In the last few weeks, the association has received hundreds of hate calls and threats from anti-immigrant groups.

‘We all joined together’

Priest Miguel Ceja recalls a Mexican saying: “No hay mal que por bien no venga,” (similar to the American expression “Every cloud has a silver lining”). With the humanitarian crisis, Ceja says, organizations have been created, and different religions have come together with one goal: justice.

Ministers, rabbis, pastors and priests have started to come together, as a single group, to provide help, food and clothing in their churches, because, as Ceja says, “The only thing these kids need from us is compassion.”

Ceja is a priest at the Our Lady of Perpetual Help church in Riverside, but he was born in the Mexican city of Guadalajara. The Diocese, he says, has made a national call to direct all help through the immigrant coalitions in the United States.

But, he says, in the Diocese of San Bernardino, 98 churches are working to collect funds and find legal help for the migrant children.

“I’m one of the mothers that is going through pain right now.” That’s how Elba introduces herself. The sun has gone down and she is collecting funds in the civic center of Murrieta, Calif.

“All that time I have spent without them, and I can’t get it back. But I know that God has a plan,” she says. The little ones, 10 and 7 years old, left Guatemala to join their parents in the United States, but they still haven’t reached them.

To help with the costs of their legal representation and detention, she has been collecting money in public places across Southern California.

Just from today, her blue bag is full of dollars and checks, not just from Mexicans, but from dozens of Americans who have come to downtown Murrieta, where confrontations have been provoked between anti-immigrant and pro-immigrant activists.

“Welcome to California,” says one redheaded man with a beard and lots of freckles; “My land is your land” reads another sign held by a girl. Almost all of the protesters who have come out in defense of the migrant kids are American.

During the collection, they announce they will open three shelters the day the migrant kids are released.

Emilio Amaya, the director of San Bernardino’s community service center, said the location of the centers will not be made public, to avoid anti-immigrant groups bothering the children and their families.

“The way it works is immigration [officials] brings them to these centers, where volunteers help them get plane tickets to reunite with their families,” he said. 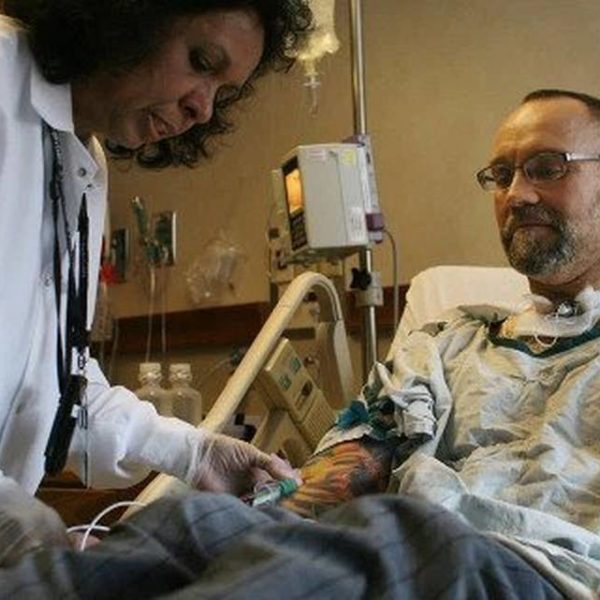