A proposed rule change by the Trump administration could sharply curtail the number of legal immigrants eligible to become permanent residents by penalizing them if their family members receive public assistance — even if those family members are U.S. citizens.

According to a 7 August 2018 NBC report, the proposed change to what is known as the “public charge” rule will be published imminently in the federal register, at which point the public will have the opportunity to comment before it becomes official.

“Public charge” is currently applied to determine whether an immigrant is inadmissible or ineligible for permanent status based on use of public cash assistance. A leaked draft of the change proposed by the Trump administration showed immigration authorities would extend “public charge” to consider members of an immigrant’s entire household for determining whether that immigrant was eligible.

“It’s a backdoor attempt to alter the family immigration system without going through Congress,” Tanya Broder, senior staff attorney with the National Immigration Law Center, told us. “It really departs from over 100 years of policy and practice in the U.S. and undermines the purpose of the public charge rule and the overall immigration system in the U.S.”

A Department of Homeland Security official told us the proposed change was meant to prevent immigrants from using public assistance programs to the detriment of U.S. citizens. Federal law “generally requires” that immigrants be financially self-sustaining and not be dependent on public assistance programs, but “these public benefit rules have been ignored for decades.” according to the DHS official:

More than half of all immigrant households use one or more welfare [programs], driving the federal debt and deficit and unfairly taking benefits away from vulnerable U.S. citizens and communities. Non-citizen public benefit usage is deeply unfair to U.S. taxpayers.

Experts whom we spoke to characterized that reasoning as misleading for several reasons. The immigrants who could be affected by the change are in the country legally and are paying into the system via income taxes, and they would potentially be punished for other members of their household’s receiving benefits they are entitled to as U.S. citizens.

Henry Fernandez, senior fellow at the progressive think tank Center for American Progress, said the change would put immigrants in a perilous position of having to choose between obtaining legal permanent residency status and feeding their children if they lost their jobs:

Of course you want someone to feed their child and have a safe place to live because everything we know says that person will now be able to get a new job and get off benefits. But if someone loses their job under [White House advisor] Stephen Miller’s policy, are we’re encouraging that person to let their children starve if they want to become a U.S. citizen? That is fundamentally evil.

Miller serves as senior policy adviser to U.S. President Donald Trump. He has promoted severe immigration policies including “zero tolerance,” under which children were taken from parents caught crossing the U.S.-Mexico border between ports of entry. Although a federal judge ordered the government to reunite children with their parents, many children are still waiting for those reunions to occur.

“It almost seems to be encouraging child neglect,” San Diego-based immigration attorney Ginger Jacobs told us. “How can you disincentivize people from taking care of their children? If they’re eligible and they’re not committing fraud, how is it in the public interest to deprive these children?”

Jacobs said she doesn’t see any public benefit to the proposal but called it instead part of a “campaign to terrorize immigrants.”

Kim Rueben, project director for the state and local finance initiative at the policy research think tank Urban Institute told us the DHS statement misleadingly presents immigrants as a drag on the economy. A 2017 study she contributed to for the National Academies of Sciences, Engineering and Medicine found that immigration has an “overall positive impact on long-run economic growth in the United States”:

First, we are all taxpayers. The “American taxpayer” includes immigrants who are authorized to live here and those who are unauthorized. And while some unauthorized immigrants might not pay income taxes, they and all immigrants pay sales and property taxes (either directly or through the rent they pay).

Second, the pattern of government spending and funds received from immigrants is roughly the same as it is for native-born people with similar characteristics. That is, children are a net cost because they receive public education and pay no taxes, working-age people contribute more in taxes than they receive in benefits, and older people benefit more from government spending, primarily through Social Security and Medicare.

Rueben added that she sees a “mismatch” in anti-immigrant rhetoric and reality. Contrary to the perception that immigration is surging in the U.S., the number of undocumented immigrants has been stagnant since the Great Recession. Immigrants don’t generally take jobs away from citizens, and immigrants don’t access government aid programs at higher rates than native-born citizens. And when immigrants do use government programs, it’s generally because they tend to have children and not because of some circumstance inherent to being immigrants.

“I find the kinds of discussions they’re having about public charge misleading and I think it’s only telling half the story,” Rueben told us. “The reason immigrants are costly for state and local governments is because the cost of public education is high, but when you take into account their children after they complete that education, they are a benefit to the federal government.”

Rueben said the Trump administration’s goal of sharply curtailing immigration is creating a ticking demographic time bomb, because immigrants and their children are helping to carry an aging American work force, and once Baby Boomers retire there won’t be enough people working to support programs like Social Security without them. “Often they’re paying into Social Security but they’re not collecting it, and then when their children get older they end up being better off than their parents were.”

Jacobs said the proposed change likely will lead to legal challenges if approved as-is, in part because it treats “similarly situated people differently based on who their family members are”:

If I have granny living with me and she’s a U.S. citizen getting benefits and I’m a U.S. citizen everything’s fine, but if I’m not a U.S. citizen, somehow [her receiving benefits] is on me. I understand if I take an action I may have responsibility for it, but [with this proposal] the actions of someone in my household could have negative repercussions for me.

Controversial event features the director of a federal immigration agency

Criticism of the proposal coincided with an announcement by the non-profit organization Center for Immigration Studies (CIS) that Director of U.S. Citizenship and Immigration Services Francis Cissna would be featured as a speaker at a 15 August 2018 event held at the National Press Club in Washington, D.C.

The event drew backlash from the Southern Poverty Law Center (SPLC) which has designated CIS as an anti-immigrant “hate group.” In a statement, Heidi Beirich, director of the SPLC’s Intelligence Project said of the event that:

It’s disgraceful that Francis Cissna would agree to put the weight of his office -– and the U.S. government -– behind a hate group that exists solely to vilify immigrants. But none of us should be surprised. It’s just one more example of the strong bond between this administration and far-right extremists who will stop at nothing to fuel rage and resentment against immigrants of color.

We reached out to CIS for comment on the hate group classification, among other topics including the proposed public charge rule change. Executive director Mark Krikorian’s response was to send a link to a March 2017 op-ed he wrote in which he argued that SPLC’s designation was politically motivated.

We asked USCIS to comment on Cissna’s appearance at the event and the message it may send to the public, and we received the following response from spokesman Michael Bars:

Director Cissna and USCIS are dedicated to protecting our nation’s immigration laws, helping to ensure they are faithfully executed and defending our system from those seeking to exploit it at the expense of U.S. workers, lawful-abiding applicants and petitioners. But the truth is that advocates of open borders believe the U.S. should turn a blind eye to cases of illegal immigration, fraud, human trafficking, gang activity and drug proliferation at the expense of public safety and the integrity of our laws. Each year, immigration benefits including the great privilege of citizenship are attainable for many law-abiding individuals legitimately seeking greater opportunity, prosperity, and security as newly entrusted members of society, and to this end USCIS takes great pride and helping these dreams become a reality. We reject the false and inaccurate claims of those working to undermine this effort.

Henry Fernandez pointed out that Jason Richwine, who resigned from the conservative Heritage Foundation in 2013 after that organization learned he had written a college dissertation arguing Latinos are intellectually inferior, currently serves as a contributing writer for CIS. Richwine wrote a 12 July 2018 piece arguing that the Trump administration should be “discriminating and objective” when selectively allowing higher-skill immigrants to enter the U.S., because Mexican and Central American workers with college educations tend to take lower-skill jobs than their Canadian and Australian counterparts. “‘Higher skill’ does not mean ‘Einstein,’” Richwine argued.

“The piece Richwine wrote in July was this effort to present lots of data and look intellectual but in fact it’s just an argument for denying Mexican immigrants who have college degrees the right to immigrate to the U.S.,” Fernandez said. “It’s consistent with pseudo-intellectual racism.”

Fernandez said CIS has a track record of cherry picking facts so that all their research draws the same conclusion: Non-white immigrants are bad. In March 2018, CIS argued a border wall would “pay for itself” by using data in a way that researchers called questionable.

“I don’t’ think this is mistake, and I think [the Trump administration] knows exactly what they’re doing,” Fernandez told us in regards to the event featuring Cissna. “This is a racist organization, and Cissna should be ashamed of speaking before them.” 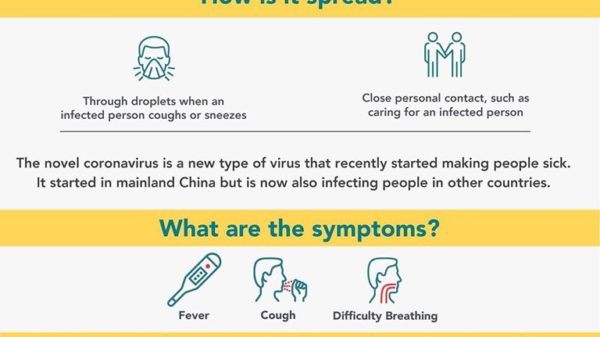