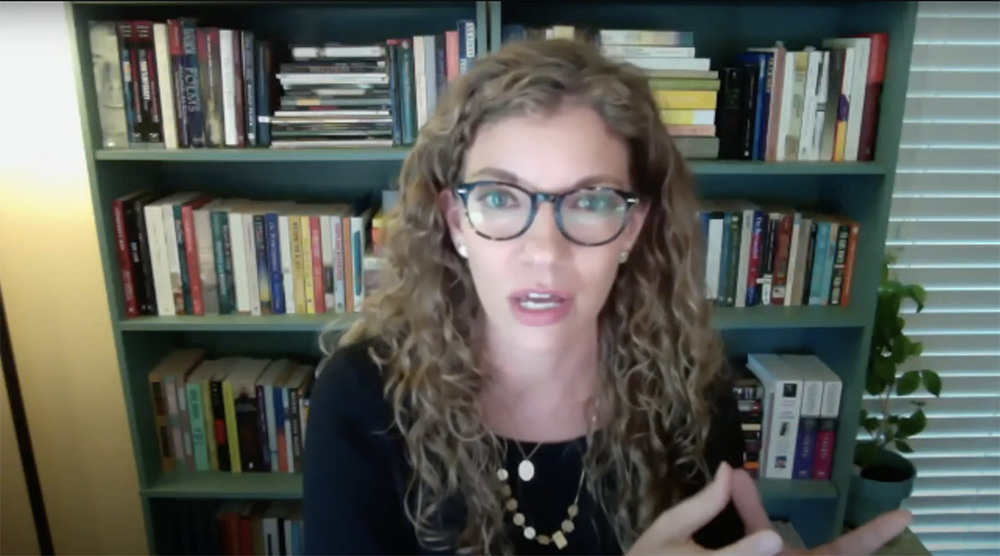 Despite a resurgence of xenophobic policies and attitudes in American politics, many refugees have found strength in faith, author and refugee rights activist Jessica Goudeau said in a virtual book talk on how to improve U.S. immigration policy.

The Berkley Center for Religion, Peace and World Affairs invited Goudeau to discuss her new book, “After the Last Border,” in the context of ongoing debates about immigration laws and the United States’ increasingly fearful attitudes toward asylum seekers.

Goudeau said American policymakers can learn from the cooperative spirit of refugees and activists to create justice-oriented immigration policies. Her book follows the stories of Mu Naw, from Myanmar, and Hasna, a Syrian migrant, two female refugees who settled in Austin, Texas. Their stories, placed side by side, reveal both the challenges to make a home in the United States as a refugee, as well as the triumphs.

Goudeau told the refugees’ stories from their perspectives to humanize their experiences, according to Goudeau.

“It was like I was painting a portrait of what they were describing to me of themselves,” Goudeau said, “and as they looked at it, I saw both of them say, ‘I am stronger than I knew.’”

While writing the book, Goudeau discovered religion played an influential role in both Mu Naw and Hasna’s stories. Although Mu Naw is Christian, and Hasna is Muslim, Goudeau intertwined their stories because she wanted to emphasize the shared struggles of all migrants and the shared role of religion.

“Their faith was something that came up on a number of occasions, at every turn,” Goudeau said. “I wanted to make the argument in this book that you can’t care more for a Christian refugee from Myanmar than you do for a Muslim refugee from Syria.”

The Berkley Center partnered with the Institute for the Study of International Migration to host the discussion, which was facilitated by Berkley Center Director Shaun Casey.

She emphasized the value of finding common ground with another person of faith, something that can lay the foundation for cooperation, even in politics.

“We are very adamant about the separation of church and state,” Goudeau said. “And yet there are so few places where people from a variety of faiths all come together for the greater good, partnering with government programs in order to create this.”

Attitudes toward immigrants and refugees have fluctuated throughout U.S. history, and the topic was not always as partisan as it is today. The Refugee Act of 1980, which systematized the refugee admission process, drew bipartisan support, despite the political tensions of the time, Casey noted. 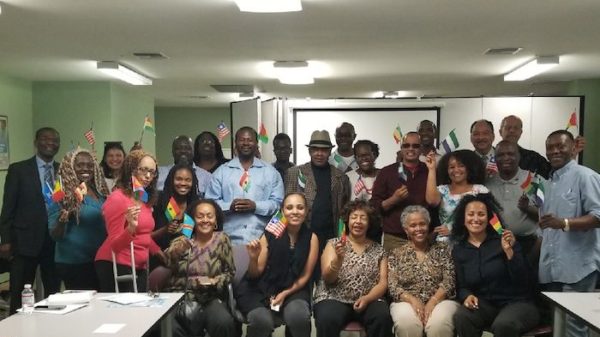 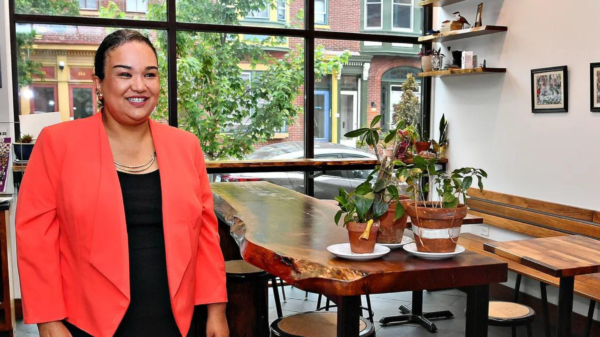