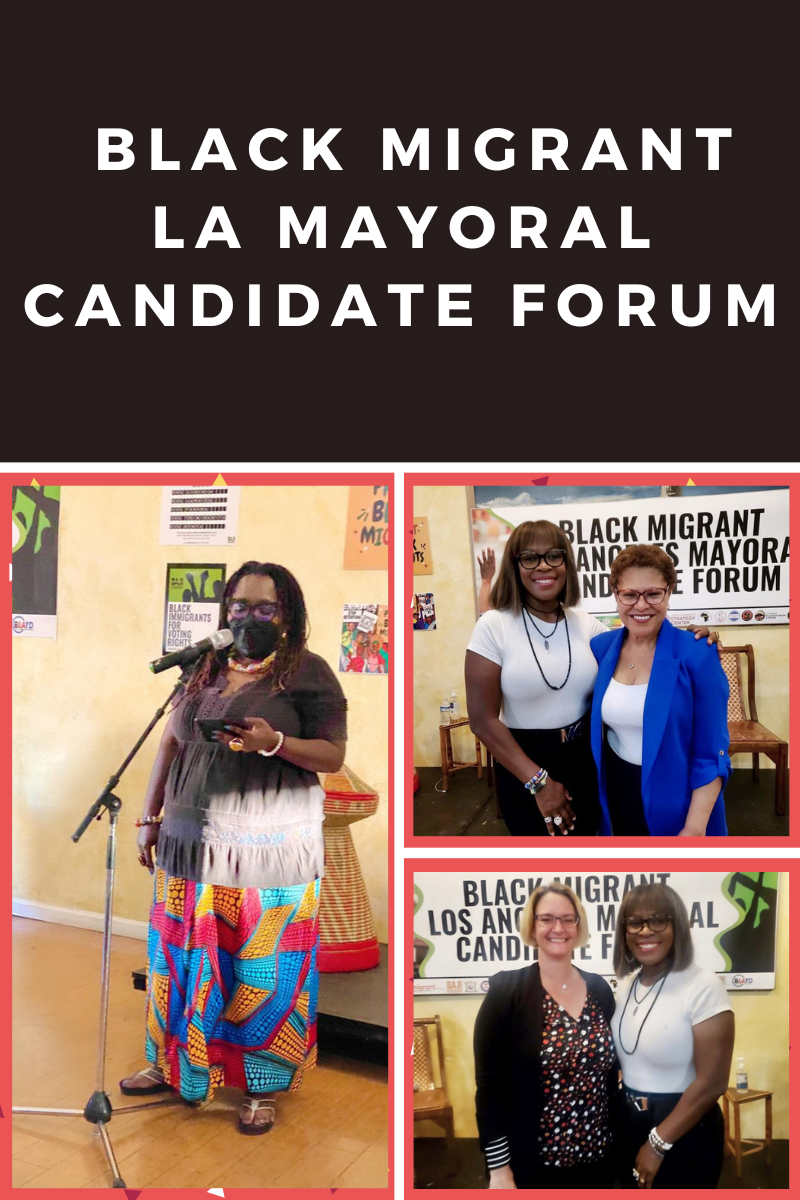 Noticeably absent was supposed immigrant rights activist and champion Kevin de Leon who is reported to have declined the invitation to participate and address black immigrants’ concerns and is yet to explain. Citing a scheduling conflict the forum was moved to accommodate his busy schedule for just 30 minutes on five different dates and times and still, he declined. Worth noting that the Councilman has participated in forums and debates held by Latinx and API immigrant groups.

“Councilman De Leon describes himself as a champion for immigrants, so I have to admit I find his decision to not attend the Black Migrant Mayoral Forum to be disrespectful to Black people generally and Black migrants specifically,” Nana Gyamfi, Executive Director, Black Alliance for Just Immigration.

An invitation was not extended to former Republican American businessman now running as Democrat Rick Caruso for his past anti-immigrant sentiments and a lack of empathy for black issues, according to BAJI and the forum organizers.

Worth noting that Mike Feuer had just recently dropped out of the race and endorsed Karen Bass.

The forum was moderated by Nana Gyamfi, Executive Director, Black Alliance for Just Immigration (BAJI) a first-generation American of Ghanaian descent, who has been a champion of black migrants’ issues at both federal and state levels. Through her leadership, black migrants have had their voices heard and their causes brought to the attention of policymakers. 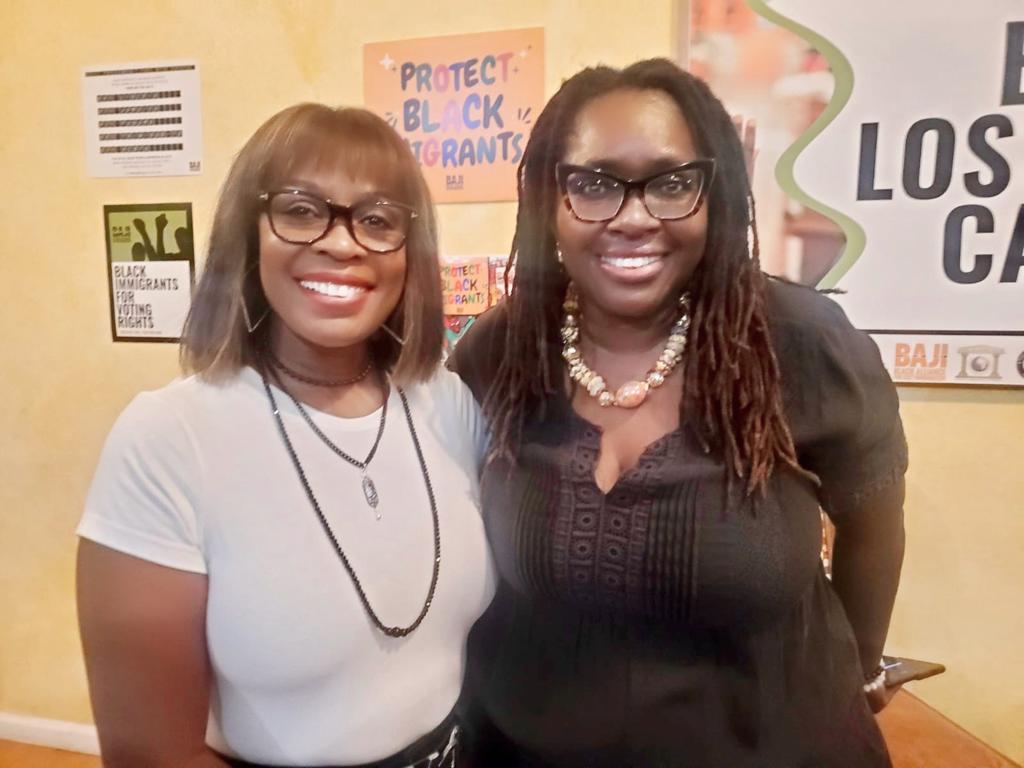 Noting that 1 in 5 blacks in LA is foreign-born, or 1st generation American of immigrant parents,  candidates were pressed on their positions on race and immigration, immigration inequities,  homelessness in the black and migrant communities, social justice, police brutality, racial profiling, availability of resources for black migrants, restoration of the iconic African Market Place and the lack of representation of black immigrant affairs at the mayor’s office, etc. In her opening statement, Ms. Gyamfi stressed the importance of this forum noting that even though black immigrants make up only  7% of the total immigrant population they are oftentimes deported at a faster rate than other races as a result of racial profiling or bias in policing which in some cases have been deadly. “These harms include criminalization, detention, deportation, exclusion from benefits,  lack of access to culturally competent information about County and City relief and services.” Gyamfi shared.

Congresswoman Karen Bass shared that her motivation to serve in Congress had been to impact policies on Africa that she felt were not well represented. Lamenting giving that up, she stated that the state of Los Angeles and the rising cost of living in a city vastly populated by immigrants made it incumbent for me to run for the office of Los Angeles mayor. As an Angeleno, ‘It is the reason I am leaving Congress to serve my beloved city.’

Gina Viola made an equally compelling argument and described the city as run by White Supremacists in the city’s police force, LAPD. She also called out candidate Rick Caruso a white supremacy enabler stating, ” a vote for Rick Caruso is a vote for White Supremacy”. Clearly standing tall as a white woman, Viola is a BLM activist who says her reason for running is to disrupt the status quo.

At the end of the forum, attendees agreed that both candidates were convincing in their pledges to fight for black migrants and black causes. If either of them prevails Los Angeles would have just elected its first female mayor. 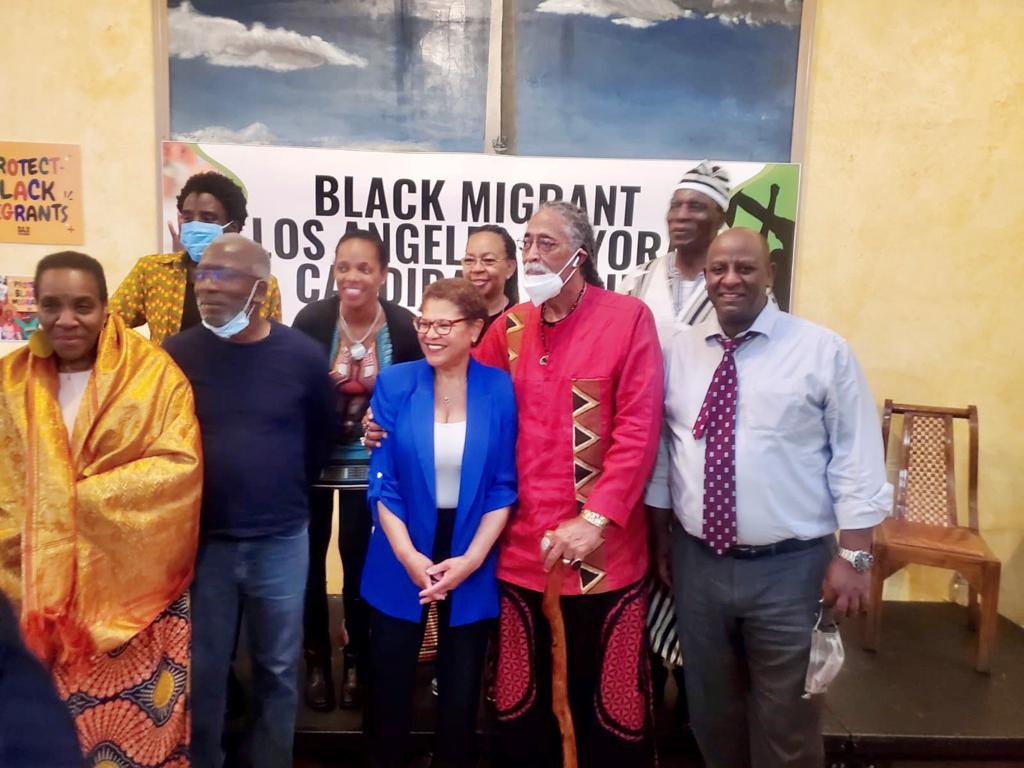 The spirited invite-only forum saw representation from a variety of groups representing black migrants including the International Society of Black Latinos, Black LGBTQIA+ Migrants Project, Black Los Angeles Young Democrats (BLAYD), Africa, and the Caribbean. The forum was aptly hosted at Messob Ethiopian Restaurant located in Little Ethiopia which is currently the only known African hub in Los Angeles.

The Immigrant Magazine participated as a media partner and was there to witness this historic event.

Check out videos on the candidates’ positions on black migrants’ issues. 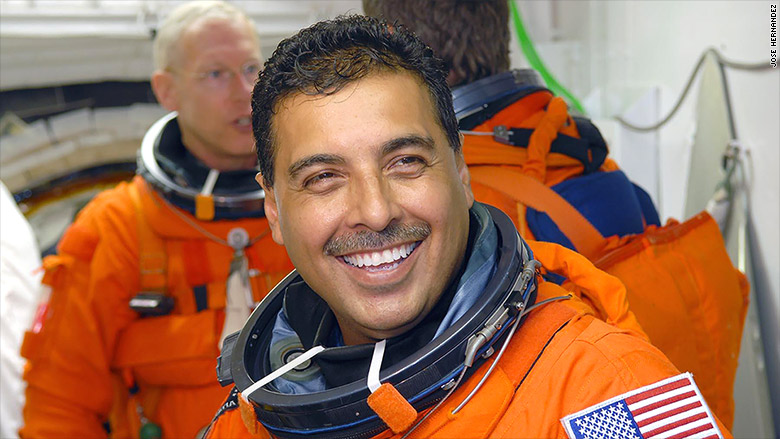 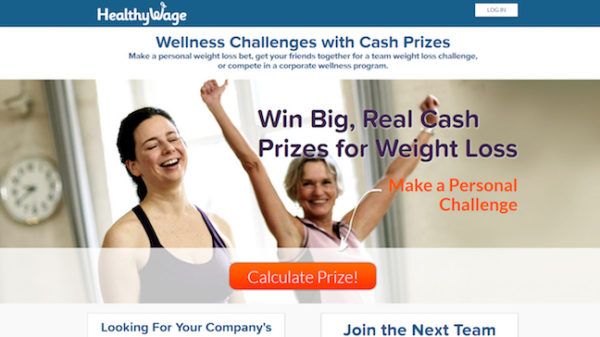 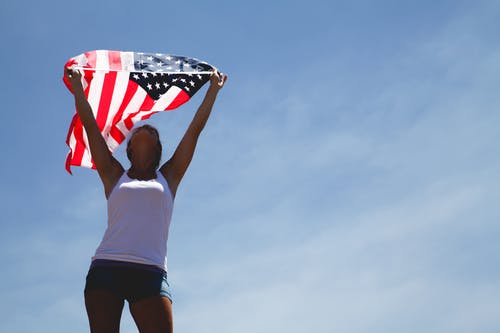 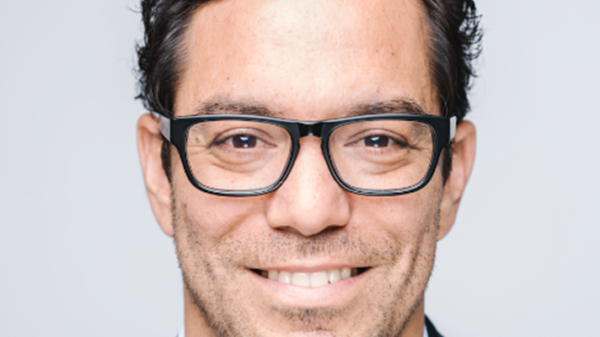 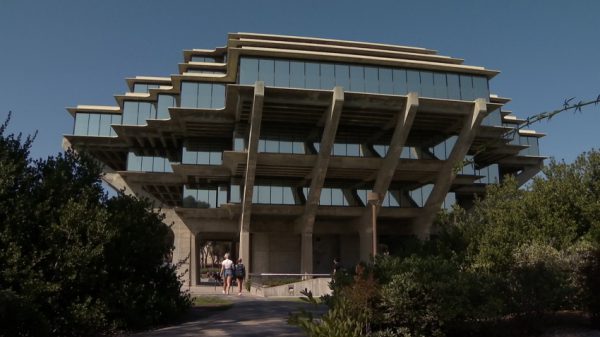