MERCED, Calif.– Adriana Meza jokes about being afraid to “accidentally” cross the border while driving to visit her boyfriend at the Marine Corps Base in San Diego.

Joking was a luxury she never had before.

The 24-year-old says it was nerve-wracking the first time she headed to Southern California, believing she would somehow end up in Mexico and never be able to return home.

Having an unmarked driver’s license and being able to enter a military base are some of the perks of being “DACAmented,” according to Meza. Under California law AB 60, undocumented immigrants can get a driver’s license, but it carries a mark indicating their status.

The Mexican national is a recipient of Deferred Action for Childhood Arrivals (DACA), the program announced in 2012 that allows certain undocumented immigrants who came to the United States as children to get a reprieve from deportation, and a social security number and a work permit.

Without the relief, she would not be able to visit her boyfriend at the military base and watch him graduate. And, most importantly, she wouldn’t be able to pursue her own career.

That’s because DACA allowed Meza to do something she wasn’t able to do before: achieve her dream of becoming a teacher.

As she neared the completion of her general requirements and the time came to declare her major, she realized that her undocumented immigration status was interfering with her dream of teaching.

“That’s when it hit me hard,” said Meza. “I was undocumented and could not declare a liberal studies major. My future was in jeopardy.”

In order to enroll in the liberal studies program at her college, Meza needed a social security number, something she did not have because she was undocumented. To work with children, she had to pass a background check and get her fingerprints scanned. Knowing she could do neither, she feared she would not be able to graduate.

Devastated, Meza decided it was time to face her fear. She was about to admit she was “undocumented.”

She began seeking guidance from school counselors and says she asked “a lot” of questions. Raul Alcala, a counselor and instructor, told her about the benefits of DACA.

Alcala took Meza under his wing, and with his help, she was able to get more information and apply successfully for the program.

“Meeting Raul was a blessing,” said Meza. “A teacher helped me follow my dream of becoming a teacher.”

Once Meza got DACA, her college career took off. She was able to declare her major, and began working with children. She became the first person in her family to graduate from college.

In the fall of 2014, she transferred to California State University, Fresno, where she currently studies.

Now that she has a social security number, Meza has also been able to find a job.

“Having DACAments has had such a positive impact on my life,” said Meza, who says being able to pay her own bills and provide for herself has improved her family’s financial situation.

She also insists that “opportunities are endless once you become DACAmented,” but is determined not to settle for DACA. Her next goal is to help push for comprehensive immigration reform and a pathway to citizenship.

Meza’s personal experience allowed her to become an activist for undocumented students. As they hear of her success, other students ask her for help and she encourages them to apply for DACA.

The Supreme Court this year will be reviewing two other programs that are currently on hold: an expansion of DACA, and a new program for parents of U.S. citizens or legal permanent residents, called Deferred Action for Parents of Americans, or DAPA. If the Supreme Court allows those programs to move forward, they could go into effect after the court makes its decision in June.

In the meantime, Meza hopes more undocumented immigrants will apply for DACA.

“I was once undocumented and afraid,” she said. “Now I am DACAmented and proud, and I want everyone to share this same feeling.” 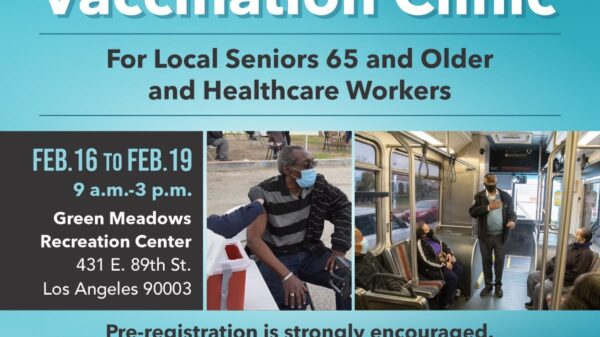