SAN FRANCISCO – Mildred Cordova thinks the time has come for her 74-year-old mother to become a U.S. citizen.

Cordova, 44, came to the United States from the Philippines in 2001. Her mother, Teresita Sarmiento, followed in 2010. While Cordova gained citizenship when she married a U.S. citizen, her mother still doesn’t have U.S. citizenship.

One of the biggest barriers her mother has faced as a lawful permanent resident rather than a citizen, says Cordova, is around access to health care. 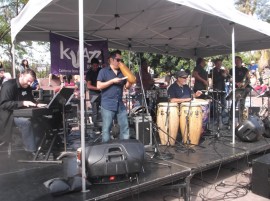 TIM, Entertainment, Ricky Richardson Los Angeles- Latin Sounds is a free weekly outdoor concert series, held each Saturday through September. The concerts take place at LACMA on the grassy lawn area behind the Hammer Building, Hancock Park, from 5-7PM. I can’t think of a better setting to listen and dance to the contagious Latin rhythms… 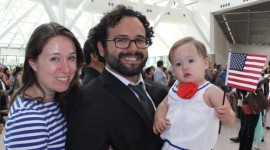 Last month, after over a decade living undocumented in the United States, I became a citizen. As I watched my family waving and cheering during the ceremony, I was overcome with a strange rush of emotions.

From the Heart of the World – The Elder Brothers Warning is a documentary about the Kogi people who inhabit the Sierra Nevada de Santa Marta mountain in northern Colombia.

Direct descendants of the Tayrona people they survived Spanish Conquistadors – a feat no other tribe can claim. Long thought extinct, they reappeared from their mountain home to warn the world about the harmful damage it was causing.

(Los Angeles- May 14, 2015) – The Ninth Annual Los Angeles Greek Film Festival (LAGFF/ lagff.org) is pleased to announce that Kary Antholis, president, HBO Miniseries and Cinemax Programming, for Home Box Office and “Hercules” scribe Evan Spiliotopoulos are this year’s recipients of the Festival’s top honor – the prestigious Honorary Orpheus Award. The Awards will be given out at the red carpet Closing Night Gala on Sunday, June 7 at the Egyptian Theatre, Hollywood following the screening of Panos Koutras’ XENIA.

USCIS recognizes that many U.S. citizens wish to help and adopt Nepali children affected by the recent earthquake.

USCIS cautions that adoption by a U.S. citizen, by itself, does not make the child a U.S. citizen or immediately eligible to immigrate to the United States.

There’s something about the critically acclaimed Garifuna Film Festival that’s capturing attention from filmmakers, musicians and artists from all over the world. By now, the 4TH Annual Garifuna Film Festival is considered an international tower of strength and a major galvanizing force for unity amongst nations. The festival’s focus has always been to give a message of hope and solidarity with conflicting countries and cultures proving they could work together both productively and creatively. International creators are crediting Garifuna as a multi-sensory, multi-modal, multi-literate experience to give new voice to native literacy, pride and identity.

Wednesday, May 20, 2015, is the deadline for eligible nationals of Liberia, Guinea, and Sierra Leone (and people without nationality who last habitually resided in one of those three countries) to register for Temporary Protected Status (TPS). The TPS designation runs from Nov. 21, 2014, through May 21, 2016.