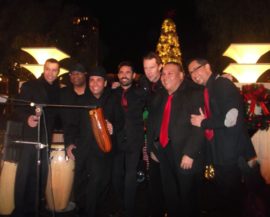 You know the beginning of a great story, novel and or movie. “It was a cold and starry night,” or “It was a cold, wintry night” in the City of Angels on Friday, December 22, 2017.
Orquesta La Picante Spiced Up the Holiday Season with SalsaThis evening was the grand finale of the Cocoa Concert Series at Union Station, South Patio, 6:30pm-8:30pm. The evening featured the infectious Latin rhythms of Orquesta La Picante. 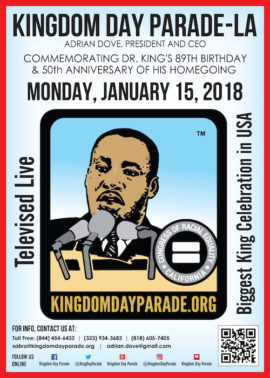 WASHINGTON— Current beneficiaries of Temporary Protected Status (TPS) under Honduras’ designation who want to maintain that status through the current expiration date of July 5, 2018, must re-register between Dec. 15, 2017 and Feb. 13, 2018. Re-registration procedures, including how to renew employment authorization documentation, have been published in the Federal Register and on the USCIS website.

WASHINGTON— Current beneficiaries of Temporary Protected Status (TPS) under Nicaragua’s designation who want to maintain that status through the program’s termination date of Jan. 5, 2019, must re-register between Dec. 15, 2017 and Feb. 13, 2018. Re-registration procedures, including how to renew employment authorization documentation, have been published in the Federal Register and on the USCIS website.

Lilium and Tulipa are of a family of plants known as Lilliodeae. They are predominantly bulbous herbaceous flowering plants found in temperate regions of the northern hemisphere. Typical to their genus these plants produce fragrant flowers in different colours which have graced generations of European gardens since the 16th Century. In early references, Lilium has been found in King Solomon’s Temples and has been associated with the divine purity of the Blessed Virgin Mary. 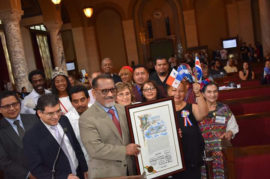 Gloria G Suazo a COFECA Director for Honduras and Treasurer, proclaimed the Central American Day and it was Approved by Council Member Gil Cedillo.

WASHINGTON—U.S. Citizenship and Immigration Services (USCIS) announced it is taking steps to implement the International Entrepreneur Rule (IER), in accordance with a recent court decision.

Although the IER was published during the previous administration with an effective date of July 17, 2017, it did not take effect because the Department of Homeland Security (DHS) issued a final rule on July 11, 2017, delaying the IER’s effective date until March 14, 2018.

USCIS is no longer considering a consular certificate documenting an individual’s birth outside of Cuba to a Cuban parent as sufficient evidence of Cuban citizenship. This policy memorandum aligns with Cuban law and applies to individuals born outside of Cuba applying for lawful permanent resident status in the United States under the Cuban Adjustment Act (CAA). 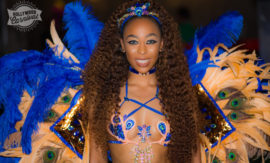 Los Angeles, CA – Now in its 7th year, and considered a must attend event on the international carnival calendar, the Los Angeles Culture Festival® presents the Hollywood Carnival Parade and Festival taking over Hollywood Boulevard from 11am to 4pm on Saturday June 23 miraculously transforming this storied street into a grand carnival and extravaganza with marchers and masqueraders dressed in vibrant, breath-taking costumes, dancing to pulsating rhythms from around the globe. 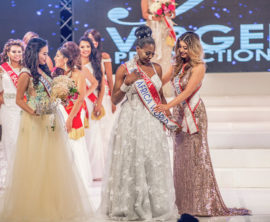 The 29th Annual celebration of the Miss Asia USA took a much welcome twist at the Redondo Beach Performing Arts Center with representation from a more global appeal adequately fitting for a pageant that prides itself on diversity not just in culture but also in the traditional definition of beauty. Reflecting the true fabric of the United States of America today could not have been complete without representation from the African diaspora.