Burmese doctors dish sushi at a restaurant, a Jordanian computer engineer drives for Uber, and a Nepali non-profit program officer stocks shelves at a Walmart.

Nearly two million college-educated immigrants labor in jobs for which they are overqualified, or cannot find work at all.

The so-called “brain waste” phenomenon is costing California and other states billions of dollars per year in lost individual earnings and tax revenues, according to estimates by the Migration Policy Institute. The problem is worsening as, among immigrants continuing to arrive in the United States, there’s a greater proportion of college-educated individuals, experts warn.

New immigrants face barriers to obtaining high-skilled jobs that may take years to overcome, including the lack of U.S. professional work experience and technical English fluency. The process for getting foreign credentials recognized in this country can be long, complicated and expensive, especially in highly regulated fields like health care.

Wilmer Garcia Ricardo, a physician in Cuba and Venezuela for seven years, was admitted to the U.S. in 2012 through a now-defunct government humanitarian parole program for Cuban medical professionals. But once he resettled in Louisville, Ky., Garcia Ricardo was left on his own to figure out how to work again as a doctor in America.

“It has been years of study and sacrifice,” said Garcia Ricardo, now 38 years old.

He took classes to improve his English. He bought books online and looked into blogs and forums about other immigrant physicians going through the rigorous U.S. medical licensing process. Meanwhile, he got a job as a patient care aide at a nursing home to pay his bills.

“That was like, being a doctor in January 2012, and then, three months after, going to the bottom of the healthcare system in America,” Garcia Ricardo said. “It was frustrating.”

Professional demotion is typical among the recent immigrants, including refugees, asylees and other humanitarian migrants who get help adjusting to life in America through the International Rescue Committee, said Kevin Davis, career development coordinator at the resettlement agency’s offices in San Jose.

IRC’s program focuses on helping humanitarian migrants rebuild or start careers in the U.S. through training, coaching and scholarships.

While many of these immigrants come with limited English or professional work experience, Davis estimates about half of the 200 clients in his program per year are highly skilled or college educated.

Regardless of their talents and expertise, nearly all of them get what Davis calls “survival jobs” in retail, hospitality, security and other industries during their first months in the U.S.

“The survival job is like a stepping stone,” he said. “And once they can pay their immediate bills, then we will work with them to sort of say, ‘All right, well, what comes next?’”

In California, about 450,000 immigrants with at least a bachelor’s degree are underemployed, meaning they have low-skilled jobs , or they can’t find work at all, according to an analysis by the Migration Policy Institute. About 25 percent of highly skilled immigrants are overqualified for their jobs in the state compared to 19 percent for the U.S. born workers.

The cost to California, the state with the largest immigrant population, is significant: about $9.4 billion in lost annual earnings that result in nearly $700 million foregone state and local taxes, said Jeanne Batalova, a senior policy analyst at the institute and co-author of the report.

Compared to the U.S., countries like Canada and Australia have invested more resources to help immigrants understand and navigate licensing and other requirements to make their way into professional occupations, she said.

“The United States has a fairly laissez faire approach to helping immigrants integrate into the labor market. And really the approach is sink or swim,” Batalova said. “Unfortunately, at the national level, there hasn’t really been a strategy developed to deal with what we call ‘brain waste.’”

The issue has become more pronounced as the U.S. economy increasingly depends on highly skilled workers. Moreover, in recent years, a larger proportion of immigrants — about 48 percent — arrive in the U.S. with at least a bachelor’s degree, Batalova said.

“That can become an important talent pool, if their skills are put to good use,” she said.

On the other hand, employers often don’t know how to interpret and determine the value of an applicant’s credentials from foreign universities, said Jina Krause-Vilmar, CEO at Upwardly Global, a non-profit founded in San Francisco that helps place high-skilled immigrants and refugees in professional careers in the U.S.

“How do you value somebody from the University of Baghdad versus somebody from UCLA?” Krause-Vilmar said, whose organization frequently works with employers. “Part of it is building that awareness amongst employers so that they can effectively understand what this untapped talent pool offers.”

Garcia Ricardo, who trained as a family medicine practitioner in Cuba, knew of the need for more physicians in the U.S. In the next decade, California will face a shortfall of 4,100 primary care clinicians, which is already affecting rural and low-income urban areas, according to the California Future Health Workforce Commission.

The Cuban immigrant said he spent six years and more than $10,000 to eventually pass the U.S. medical licensing exams and apply for residency programs, which he needs to be licensed as a doctor in any state. He drove Uber and Lyft on the side to make ends meet, he said.

“I applied to 166 programs, and I received one interview invitation,”Garcia Ricardo said. “And at the end of a process, all that money was lost. I was not granted a position.”

He figures a big reason was that, unlike domestic medical graduates, he didn’t have any “hands-on medical experience” in this country.

“All my experience as a doctor was from Cuba and Venezuela, and all my work experience in the U.S. was as a patient assistant,” Garcia Ricardo said, with a shrug.

But he didn’t give up.

It was a unique program in California, the UCLA International Medical Graduate Program, that finally gave him the qualifications and training to better compete for coveted residency spots in family medicine.

Applying to residency programs is an extremely competitive process, and those positions are very limited, especially in rural and low-income communities, said Dr. Michelle Bholat, an associate professor at the UCLA Department of Family Medicine and co-director of the IMG program.

“If I had a magic wand, I would say ‘Let us get some additional residency positions available in our most underserved areas in California,”Bholat said.

Thanks to a state law approved in 2012, Spanish-speaking physicians in the IMG program can work under supervision with patients at a Los Angeles family clinic and hospital, so they learn the U.S. healthcare system and gain valuable work experience.

Although there are hundreds of applicants to the program each year, only about 15 physicians are admitted, said Bholat.

In exchange for the training, the doctors commit to working at least two years in underserved medical communities once they are licensed. Since 2006, 140 doctors have graduated from the IMG program.

Bholat has high hopes for one of this year’s graduates, Garcia Ricardo. Now, he is a medical resident at San Joaquin General Hospital, south of Stockton. Most patients at the county hospital qualify for Medi-Cal, and about 40 percent speak Spanish, according to doctors.

Garcia Ricardo compared the years he struggled in America to regain his profession to feeling like a fish out of water, gasping for air and flopping around.

“And then you put the fish back in the water? That’s the same feeling I had when I had a white coat back on,” Garcia Ricardo said, and smiled.

“What we have seen, at least in our program, is that the residents that are from those backgrounds tend to want to stay in that community and serve those patients long term,” Parsa said , himself a political refugee from Iran. 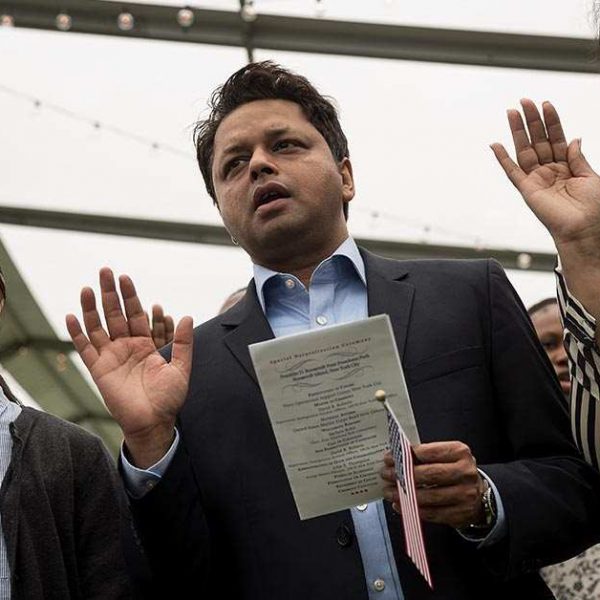 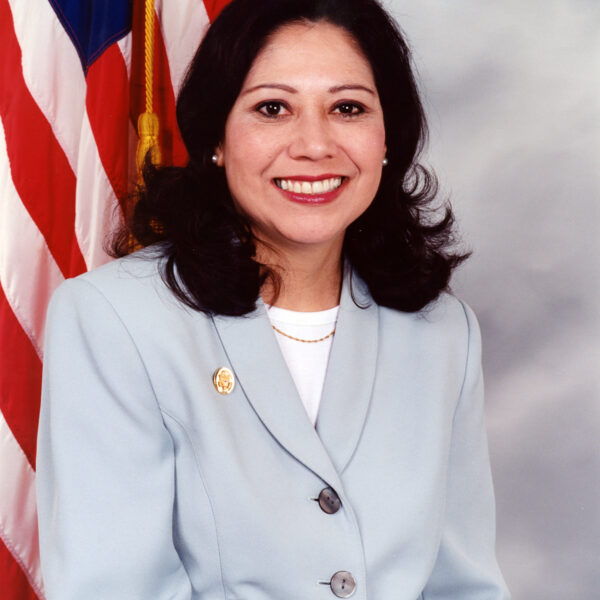