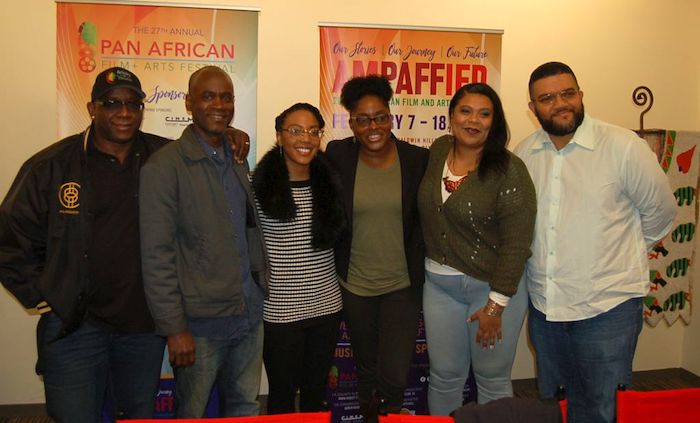 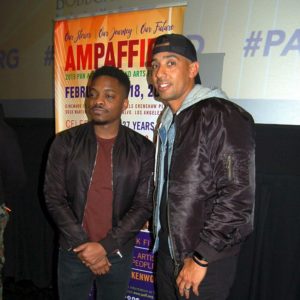 Los Angeles- That’s a wrap! This is true as it relates to the first weekend of the Pan African Film and Arts Festival. The festival is currently underway at the Baldwin Hills Crenshaw Plaza and the adjacent Cinemark RAVE Theatres.
A large diverse audience has been in attendance since the festival commenced on Thursday, February 7th. Everyone agrees that the 27th Annual Pan African Film and Arts Festival is off to a rousing start. The festival got underway with an awesome documentary film about iconic singer Aretha Franklin entitled “Amazing Grace.”
My enjoyment of the festival began with a short film entitled “Colors of Sankofa.” A successful CEO is forced to revisit scars from her past while interviewing candidates for a new second-in-command position. Bullying and identity issues were brought up in the film.
The previous mentioned short film was followed by Galsen: The Language of the Soul.” Musician Sergio Aparicio (OKOBE, aka, “Creisy Lyon”) travels to Senegal, the land of his ancestors for the first time, seeking his ancestral identity. This is a beautifully woven movie showing how our identities are bind together.
One of the many exciting programs of the Pan African Film and Arts Festival, The PAFF Institute serves as a platform to Amplify the voices of industry powerhouses, community influencers, sports figures, cultural icons, thought leaders and disruptors who seek to educate, inspire and empower those who desire personal and professional elevations. 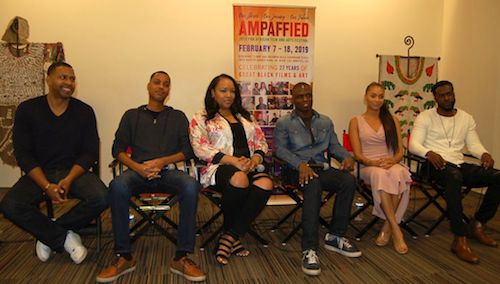 This past weekend, the Pan African Film and Arts Festival presented a series of panels and workshops led by industry professionals, academics, and trendsetters discussing cultural trends, as well as the latest new techniques in filmmaking and art.
Saturday, February 8th, one such panel was entitled “Women in Film, moderated by Maikiko James-Director of Programs, Women in Film. The panel consisted of Darrien Michele Gipson-Executive Director, SAGindie, Jean Lee-Filmmaker, Pecado Original, and Davia Carter-Writer, “Queen of the South.” This was a no holds barred, upfront, honest conversation about representation and inclusion, who’s getting the jobs and how, and what advocates can do to help? The diversity of the panel also reflected and represented the diversity of the women in the audience, mostly filmmakers. The panel discussed writer’s Labs, Incubators at Women in Film, importance of collaborations or sponsoring up and comers in the industry.
The next exciting panel was entitled “Fix It In Post.” Leander Sales-Spike Lee’s Picture Editor moderated a panel of post-production professionals. The panel featured Leander Sales-Picture Editor, Director, Educator, Editing Professor, USC School of Cinematic Art and New York Film Academy, Kenneth L. Johnson-Supervising Sound Designer, Anedra Edwards-Visual Effects Assistant, Kat McAuley-Assistant Editor, Wellington Harrison-Assistant Animation Editor and Dominique Ulloa-Picture Editor. The standing room only crowd learned a lot about editing techniques, equipment and software usage and objectivity, to name a few. 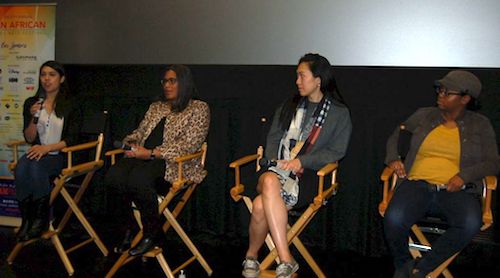 Sunday, February 9th, A large crowd and I gathered once again in the Community Room of the Baldwin Hills Crenshaw Plaza for another wonderful panel discussion. These panels complemented and enhanced our festival going experience. We were all in for a real treat on this cold, rainy day in Southern California. The panel was entitled “Hello Cupid 3.0”- How to Curate, Cast and Produce a Successful Digital Series. This exciting panel included J. Christopher Hamilton-Entertainment Attorney, Moderator, Dennis Dortch-director/Executive Producer, Shama Davis-Producer, Kiri Talise-Writer, Quentin Plair-Co-lead actor and Melissa L. Williams-Co-lead actor. At the conclusion of this panel, the crowd were confident and ready to go out and produce their own digital series, with the knowledge, techniques learned from this panel. The panelist broke it down about the business side of filmmaking, production and most importantly, casting. In order to grow your brand and build/increase viewership, the story must be compelling, relatable to others, must be consistent and thought provoking (provoke conversation/dialogue amongst people).
Laughter was the perfect antidote I needed to conclude the first weekend of the Pan African Film and Arts Festival. Humor was served up generously with a plethora of comedians during the Next-Up Comedy Competition. Aaron Thompson was the first-place winner of this inaugural showcase, with George K. Burns, second place winner.
A compelling and thought-provoking short film was shown prior to the Next-Up Comedy Competition. The movie was entitled “A LUV Tale.” Google search the title of the film to learn more about this intriguing series, view a trailer or perhaps see some of the series online.
Nissan one of the sponsors of the festival was offering test drives and giving participants a gift card. Starbucks hosted a relaxing lounge, inside a tent on the second level parking structure. Visitors could enjoy a complimentary cup of hot of ice coffee, tea and delicious Pike’s Place pastries.
This should be enough to entice you to attend the festival. You still have time to join a global audience attending the Pan African Film and Arts Festival, going on until Monday, February 18th. There are many wonderful films, about 70, scheduled to be screened. You don’t want to miss out on Spotlight Screenings, Panel Discussions, ArtFest, StudentFest, Saturday Morning Children’s Festival, PAFF Spoken Word, the popular Fashion Show, Senior Connections, Closing Night Activities and the Filmmakers Awards Brunch.
Visit www.paff.org for more information. Connect or stay connected on Facebook, Twitter or Instagram. 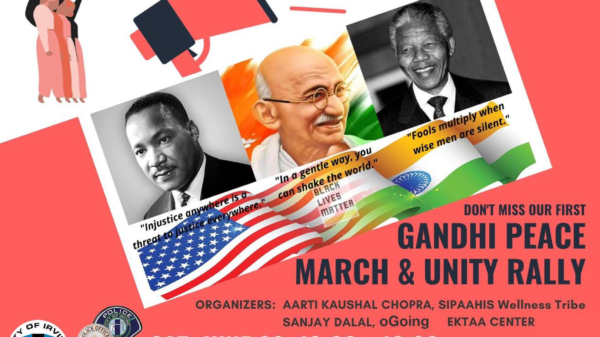