In the year 2010 Odera Ozoka, a gifted filmmaker based in Hollywood released his feature film “Soul Diaspora” to much praise. The twenty thousand dollar movie which was shot in ten days went on to win several awards that year including the “Audience Favorite” award at the Pan African Film Festival, and ‘Best Film’ from a filmmaker in Diaspora at the African Movie Academy Awards.

As a writer/director, Soul Diaspora showed Odera’s gift for visual poetry, bringing together elements of what he loved best- fantasy mixed with a touch of neorealisms, and weaving them seamlessly to create cinematic conflicts where his characters can bond. To put it simply he had a good year in 2010.

Since then this Nigerian filmmaker has been polishing several of his scripts and trying to push them towards production. Biafra—the civil war that ravaged the country during the late 60’s is one that is close to being made as he has raised half of the budget.

When asked about “Half of a Yellow Sun”, the new movie also based on Biafra, starring Chiwetel Ejiofor and Thandie Newton and from a novel by Chimamanda Ngozi Adichie— Odera says, “there can be more than one story on Biafra, just like there is more than one story about the holocaust. The most important thing is that we Africans are the ones telling it in our own way” .

As for now it seems as though 2013 looks to be another magnificent year for the Diaspora filmmaker as he is currently in post production for two short films–a horror film, ‘Stick Figueroa’ and a physiological thriller, “Glimpse of Terror”. Asked if it was a challenge editing two very different projects he puts on a smile and confesses, “It keeps me sharp, I love what I do and I love the people I’m working with. So it never really feels like a challenge even though it clearly is.”

He will have to keep that mindset, as he is about to embark on two more short films before the end of the summer. “Hollywood Street”, a drama about two Nigerian actors struggling to make a path for themselves in the movie industry, and “Hair” a comedy in the vein of the hit American movie “Barbershop” about women’s connection to their hair. Both films are currently in pre-production and should shoot in April and May respectively.

This upcoming film auteur will be working with some of his frequent collaborators- The alluring French actress Clotilde Delavennat, Kenyan- American actor Robert Okumu and Cameroonian -American actor Jude Anchang, who will take up executive producer duties on both “Hollywood Street” and “Hair’.

“I always enjoy working with Clotilde because she brings a certain passion for the work and is able to go places emotionally that few actresses can, especially when it comes to being fearless and vulnerable. As for Rob, whenever he takes the stage or shows up on screen, you just buy it. That guy can’t lie when he is acting even if he tried. He just brings a certain level of authority to his roles. And with Jude as executive producer, I get the very best eyes watching out for me, Jude is one of those talented all around guys that have the sense to know when things are on the right track or not—he has directed, acted and is a damn good writer, so I feel blessed and frankly lucky to have him on board”.
Like his favorite filmmakers Wong Kar Wai and Sofia Coppola, Odera Ozoka hopes to tell stories that will continue to explore the world as he sees it, and bring stories to life that can make an impact to those around him and continents beyond.

He has speculated about making movies in Nollywood and is looking forward to what that experience will bring; saying he can’t wait to tell stories that excite, inform and entertain, a universal story that people of all cultural backgrounds can ultimately relate to. “In Africa, there are a million stories that can be told and for me I am excited to tell them if given the opportunity. I feel lucky to live my dreams daily, and to share stories through film, and part of that dream is telling it in Nollywood”.

We see it happening soon, as his talent speaks for itself. It is with great joy that we profile this rising filmmaker here in Hollywood, encouraging his growth and looking forward to seeing what movies he and his team make in the coming years. 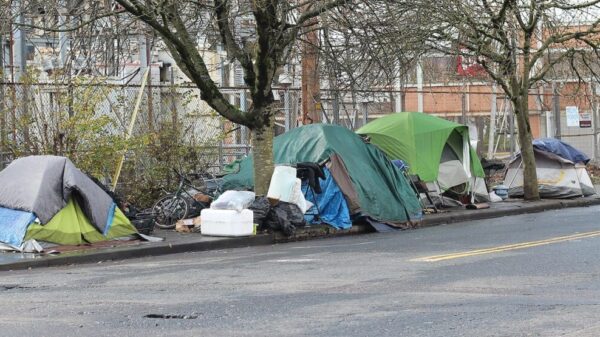