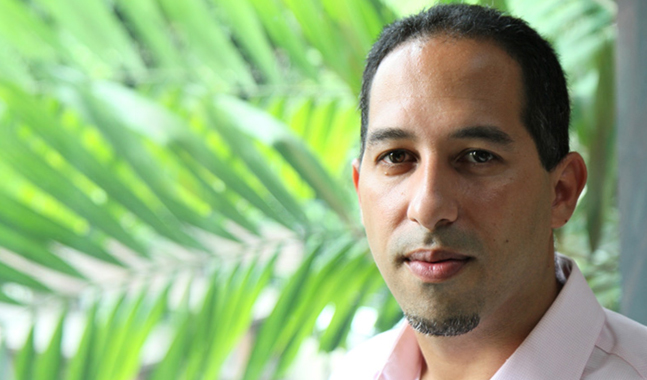 In the winter of 1986, Gibrán Rivera moved with his siblings and parents to a small town west of Springfield, MA where many of his fellow Puerto Ricans had already laid roots. He didn’t want to leave Puerto Rico. He liked his 12-year-old life, his friends and his school.

“Coming here changed my life and defined everything afterwards,” says Rivera, “because it meant becoming a minority.”

Like many immigrants, Rivera left a place where his people represented the full range of human possibility. Some kids where bullies, some made good grades, some were athletic; some adults were corrupt, others admirable teachers or scientists.

When Rivera moved, all those examples collapsed into a low-end preconception, with the police questioning him as he walked home and his bilingual classroom in the same part of the school as special education.

“You come to a place where you are automatically seen as less than, as dangerous, as dirty, and as people not to interact with,” says Rivera. “The messages are very clear.”

Rivera’s experience, like many minorities in the United States, was fraught with everyday prejudice, subtle and overt, and often involving authority figures making negative assumptions he felt he could not overcome.

However, Puerto Ricans are not immigrants. Those from the islands were born as U.S. citizens, under U.S. laws, and among a population of other U.S. citizens of their ethnic background.

Once a colony coveted by warring leaders of the world for its strategic location in the Caribbean, the island cluster was ruled by Spain for 400 years before the U.S. took control following the Spanish-American war in 1898.

During the first few centuries of its reign, Spain decimated the aboriginal population, imported enslaved Africans, and introduced the Spanish language and Catholic religion, completely altering the racial and cultural landscape. But the 17th and 18th centuries saw Spain’s attention drawn elsewhere, and the mix of island bound people left alone to meld a unique Spanish Afro-Caribbean identity.

A 2006 study published in the American Journal of Human Genetics found that most modern Puerto Rican individuals have genomes derived from all three of those ancestral populations: Arawak (aboriginal people), African and European white.

Becoming a U.S. colony and later an unincorporated territory would leave a different impression. Puerto Ricans came to see themselves as American alongside the country’s larger struggles with slavery, foreign wars, corporate giants and large-scale agriculture.

“Puerto Rico was turned into a plantation for U.S. agribusiness, later an export platform for taxpayer-subsidized U.S. corporations, and the site of major U.S. military bases and petroleum refineries,” said American professor and activist Noam Chomsky in his 1998 article A Century Later.

Yet, economic hardship and educational opportunity continue to draw them to the mainland, where their experience of suddenly becoming a member of a minority group is often a stark one.

“Puerto Rico is an island nation and, like Japan, the culture is very homogenous. But we are genetically heterogeneous and accustomed to interacting with different racial variants in all aspects of society.” says Dr. Sebastián Vélez, who came to Harvard as a doctoral student and teaches biology and genetics at Worcester State.

“Here, you are automatically assumed to be ignorant or dangerous,” says Vélez. “I always have to explain who I am, a university professor with a doctorate, before people will treat me without suspicion.”

However, Puerto Ricans also have a strong history of  asserting themselves and making gains in the U.S.

In 1960’s Boston, for example, a group of mostly Puerto Rican activists in the South End saved their dilapidated neighborhood slated for demolition and high-end condos, turning it into an award-winning affordable housing community. Known as Villa Victoria (“Victory Village” in English), it has since become a model for modern urban development.

“It’s really remarkable what they accomplished. Many of the Puerto Ricans who fought for Villa Victoria originally came to Boston for factory or farming work with their families as children, and only had a 2nd or 3rd grade education,” says Vanessa Calderón-Rosado of Inquilinos Boricuas en Acción, the nonprofit organization that managed the Villa Victoria development. “They organized and implemented a comprehensive development plan including housing, social services, health care and a school.”

But the burden of minority status still defines life for many Puerto Ricans in the U.S., despite numerous success stories. Gibrán Rivera has been a sought-after consultant and social activist in Boston for 20 years and has seen progress within his own generation, yet he points to the high rates of depression among his people as a sign that there is still much work to be done at the societal level.

“I am concerned with stories like mine being used to universalize, to say ‘if he can do it, you can do it,’” says Rivera. “It’s more complicated than that because this is not individual work, this is social labor.” 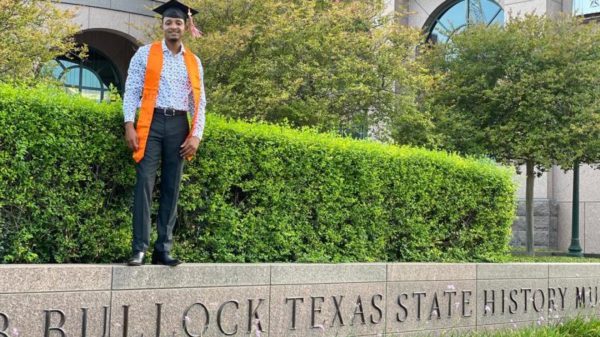