Photo: About 2 million direct care workers, many of them immigrants, are championed by and featured on the website of Caring Across Generations.
BOSTON–Six years ago, my neighbor Karen had a stroke. Paralyzed on her left side, Karen can’t walk, cook for herself, or use the bathroom. “I have to depend on somebody to do everything for me,” she says.

Yet Karen, 61, who is divorced and without children, has managed to stay in her home — thanks to daily care from Mary, an immigrant from Ghana. Mary lives full time in Karen’s house, sleeping in a spare bedroom. Officially, Mary works 12 hours a day, seven days a week, for her employer, a private home-care agency. But in reality, Mary looks after Karen at all hours — bathing her, bringing her food and drink, changing her, helping her in and out of bed.
Mary makes $8.40 an hour before taxes — $1.60 below the Massachusetts minimum wage — from the private agency that employs her. She nets $610 a week for 84 hours of work — and makes no overtime, although state law entitles her to time-and-a-half for every hour over 40.

No Caring for Caregivers

Older and chronically ill Americans increasingly rely on unrelated people like Mary for their care. These paid caregivers — 90 percent of whom are women — routinely face low wages, high turnover, and tough working conditions. According to the most recent data from the Bureau of Labor Statistics (BLS), home health aides in the United States earn a median annual salary of $21,380 and a median hourly wage of $10.28. Half of them, including Mary, qualify for public benefits such as Medicaid or food stamps.

Individual Americans want the best care for themselves and their aging family members, but our treatment of home care workers often doesn’t reflect this concern.

“We care about the care, but not about the caregivers,” says Arlie Hochschild, professor emerita of sociology at the University of California, Berkeley. Immigrants are often particularly vulnerable.

“These are the workers in the shadows,” says Josephine Kalipeni, director of policy and partnerships at Caring Across Generations. “It’s a lot of risk to advocate for yourself when you’re an immigrant.”

A legal resident of the U.S., Mary seems averse to challenging her employer over pay. When I tell her that the agency might be violating labor laws, she looks uncomfortable. She hadn’t known that such laws existed, let alone that the rules applied to her. An outgoing woman, still she asks me to make sure that her real name not appear in this article. (I’ve changed both hers and my neighbor’s.)

Mary would like to stay in the U.S., to become a citizen. She needs her job, and she uses part of her pay to cover her son’s school fees in Ghana, which has no public school system. She hopes her husband and two children will soon receive visas and join her.

In many ways, Mary’s and Karen’s is a happy arrangement — Mary has stable work and housing. Karen is grateful that she’s been able to stay at home, made possible in part by the fact that she, in a lucky bit of foresight, had taken out a long-term care insurance policy before her stroke. The policy reimburses Karen for the payments she makes to the agency that employs Mary. The two women have grown close.

Yet across the country, workers like Mary often struggle in a fragmented long-term care “system” that’s hardly a system at all.

Rui Yi Tan, 58, an immigrant from China, is a home care aide in the Boston area. During one February week, Tan worked 30.75 hours for two agencies over seven days. She spent many additional unpaid hours shuttling from client to client.

She had seven elderly clients that week, visiting each for no more than two hours a day, for a total of 15 separate visits. One agency paid her $12.50 an hour, the other $11.65. Tan lifted, bathed, fed, cleaned and cooked — and moved on to the next client, traveling by public transportation and by foot.
Tan wipes away tears, talking about her hard work. Sure, she says through an

In coming decades, our nation’s elders and people with disabilities will require a growing army of care workers, including many immigrants. The U.S. population is aging rapidly. In 2011, 41.4 million Americans had passed their 65th birthdays; by 2030, 72 million will have.

Many of these older people will have chronic health problems and need help with cooking, bathing, getting around, remembering medications and keeping their houses in order.

Cost-conscious health policy suggests that it’s thriftier for seniors to stay at home and get the care that makes daily living possible. Elders themselves usually prefer this. While unpaid family caregivers still provide the most long-term care, they often find themselves overburdened.

Thus the need is increasing for paid direct-care workers. Federal researchers expect that, between 2014 and 2024, demand for home health aides alone will grow by five times the average rate of increase for other occupations.

Nationwide, 28 percent of known care workers are immigrants, according to a study by the Institute for Women’s Policy Research [Women’s Policy Research]. The percentage is much higher in many metropolitan areas — and would almost certainly be higher still if all off-the-books workers were counted. Immigrants increasingly fill the care gap, says Robyn Stone, director of the LeadingAge Center for Applied Research. They’re central to allowing Americans to live at home as they age.

Interpreter, “we make more than the minimum wage. But it’s still a low wage. And this is different from, say, a factory job, where you have consistent hours [and] pay.”

Hoping to work more hours, Tan sought employment at two agencies because neither would offer her a full-time schedule. Yet, she sees the agencies constantly training new aides. (Asked why, she couldn’t say, but a co-worker suggested, “Because then if you give them more hours they have to give you health insurance and other benefits [like] overtime.”)

One day last winter, rushing from one client to the next, Tan slipped on an icy sidewalk and broke her arm. Neither of her employers provides her with health insurance. She receives MassHealth, the state’s Medicaid program for low-income residents.

Also last winter, Tan’s agency assigned her to a client who lived in Malden, a “T” ride and two buses away from Boston’s Chinatown, where Tan lives. Her travel to Malden and back took more time than she spent with her frail client.

America’s need for the compassion, labor and devotion of immigrant women is full of contradictions. The first and the most obvious lies in the way our need for and use of their labor contrasts with current anti-immigrant rhetoric.

It’s “extremely detrimental,” says Robyn Stone of LeadingAge and a former head of the U.S. Administration on Aging. “It totally misses the importance and value of [immigrants] in filling a serious gap in care and in building a quality workforce.”

Hostility toward immigrants constrains efforts to create a better system of long-term care for both families and for direct-care workers, say Stone, Kalipeni, and other researchers and advocates.

The image of immigrant care workers bringing excess love to America also overlooks the fact that most immigrants’ home countries face care shortfalls of their own. Many women, like Mary, travel to the United States in search of better opportunity and leave children and elders behind. The equation is not entirely one of deficit, Hochschild says — the women often send money back to those children and parents — but their home communities likely need care labor as much as or more than ours do.

The correct response to such dynamics, Hochschild believes, is not guilt or blame of individual Americans. My neighbor Karen, the care recipient, is doing the best she can in difficult circumstances. Like millions nationwide, she’s trying to stay at home, make ends meet, to live as full a life as she can.

Family caregivers do the best they can, too. The care gap affects virtually everyone: caregivers and care recipients of all ages and incomes. “We want this to work out for everybody,” Hochschild says.

With traditional family care systems in decline, the question is: Can policymakers and presidential candidates earnestly address the care gap, to make long-term care work for everyone? The long-term care “system” often fails to meet the needs of both unpaid and paid caregivers.

“The increase in hate rhetoric,” says Kalipeni, “definitely doesn’t help the cause” of developing sources of humane and accessible care. Policymakers could prioritize elders’ daily needs, support family caregivers, and help build a robust, skilled care workforce. Understanding and supporting immigrant workers like Mary, Tan, and Robles — rather than bullying and exploiting them — is a critical step.

Nell Lake wrote this article for the Boston Globe with support from the Journalists in Aging Fellowships, a program of New America Media and the Gerontological Society of America, sponsored by the Silver Century Foundation. Lake is the author of The Caregivers: A Support Group’s Stories of Slow Loss, Courage, and Love.

Another, complex tension underlies Americans’ need for care from immigrants. Many upper-middle-class Americans who hire these women may esteem the cultural values that immigrants bring to caregiving. Yet our society could be seen as exploiting those values.

UC Berkeley sociologist Arlie Hochschild found in her research [http://tinyurl.com/jot4xhw] on Filipina child-care workers in California that employers “generally were working in Silicon Valley, very long hours. The Silicon Valley parents would say, ‘Oh, thank you for taking care of my children. Back in the Philippines, you know what love really is. You bring community and family love. We in America, we’re workaholics; we’re going for the American dream. We aren’t good at [care]. So we’re hiring you. We’re basically buying family love, family values, to replace what’s a deficit here in America.’ ”

“The cultures a lot of these people are coming from . . . they’re used to caregiving. For [immigrant women] it’s natural to take care of elders; there’s a respect for elders.”

And home-care aide Ingrid Robles of Dorchester, Mass., affirms this. She says the work resonates with her upbringing in the Dominican Republic. “Ever since I was born, my family taught me to love everything. To love life itself.” Robles, who makes $14 an hour, enjoys the work, challenging as it is. “It fills me up. It doesn’t have a price.”

On Medicaid and Food Stamps

Yet practically speaking, these women’s labor does have a price — and it’s low. Robles, a single mother, has trouble making ends meet. She’s on Medicaid and receives housing assistance and food stamps.

The work of these women work is subsidized, in a sense, by their compassion and devotion. Mary, the care workers from Ghana, says she’s good at the work because of her religious faith and her esteem of family.

It’s also simplistic, Hochschild says, to view immigrant women as drawing on their home country’s bounty of love and compassion and bringing some to ours. Many of the women Hochschild interviewed spoke of tough lives back in the Philippines: mothers who worked long hours, neglectful fathers, and such a high infant mortality rate that parents were afraid to get attached to their babies.

Sometimes the women Hochschild interviewed learned about American ideals of love and nurturance from television. “They would watch ‘Dr. Phil,’ and see, Oh, you’re supposed to hug the child, you’re supposed to be physically affectionate and say I love you.” They often found ways, Hochschild says, to become “excellent” caregivers for their American charges in spite of the struggles they had faced back home. 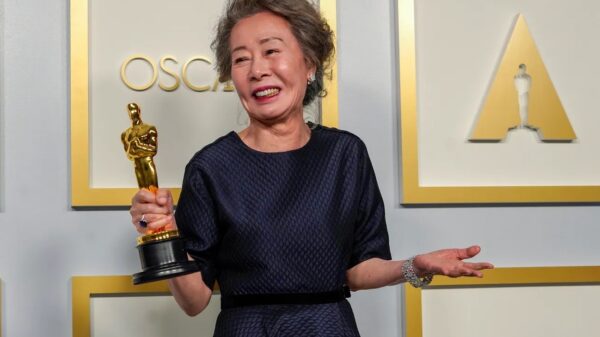