From São Paulo To Hollywood, Multi-Talented Singer, Musician And Actress’ Twists And Turns To The American Dream

Rita Shukla was born in the countryside of São Paulo, Brazil, in a town called Campinas, on August 2nd, 1986.

When she was 4 years old, her mother put her in music lessons, where Rita learned how to play the keyboards, the piano, the organ, and how to make vocal sounds mimicking the sounds from the keys. Her favorite toy was a little recording device with microphone, and at that same age, she used to record herself singing the soundtracks of soap operas onto her dad’s cassettes. That would make her dad a little upset, but that’s how she started showing her passion for singing and the arts.

When Rita was 10 years old, she fell in love with Rock n’ Roll and got her first rock CD “Get a Grip” by Aerosmith, jamming to songs like “Crazy”, and “Cryin’”.

At the age of 12, she fell in love with Flamenco dancing and started to take lessons at a dance studio in her neighborhood. She also fell in love with Guns n’ Roses, listening to their cds on repeat for many days. Later on at about age 13 she started taking belly dance lessons.

At age 15, Rita took electric guitar lessons for about a year, wishing to play rock n roll songs from her favorite bands. Deep inside she wanted to be a rock star.

But she was always convinced that she wanted to be an actress, so she started taking acting lessons, and getting involved in the theatre community in her town, at age 16. “A Receita” by Jorge Andrade was the first play that Rita was on as an actress, in which she got the lead role, Jovina, a very strong and demanding character for being on stage in every scene of the 2 hours of performance.

She continued to participate in the theatre community and dance scene in her hometown for 2 more years, before going to acting college in Sao Paulo. She danced in many flamenco and belly dance shows with the dance companies: “Centro de Arte Flamenca”, “Café Tablao”, and “Companhia de dança Jimena Lourenço”. And did two more theatre plays “Quero a Lua”, and “Um Cadillac Para as Estrelas”, both directed by Hélcio Henrique.

At age 18 she went to Sao Paulo to study acting at University PUC-SP, one of the most prestigious colleges in Brazil. She spent the 4 years of college learning and exploring the whole theatre universe, from reading all the classics of dramaturgy, writing scenes and short plays, to being in more modern and contemporary art projects, such as the play “E O Pássaro Se Confundiu Com O Vento” directed by Antônio Rogério Toscano, based on the French play “O Defunto” by Rene Obaldiá, and surrealism movement and the visual arts from that time period. Rita played the lead role, Julia, in the play and for the first time she had to sing a song in scene, which had an impact on the audience, as she heard people saying that they wanted to come back and see the play again only to hear her sing. During the 4 years of college, in which she lived in Sao Paulo, she was involved in two more plays, with a different theatre group, “Pem Pem Pem” and “Bailei na Curva”, both directed by Aline Ferraz. 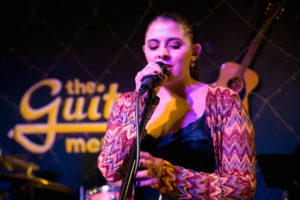 At age 22, after college Rita decided to move to Rio de Janeiro to explore more of the television world. She took acting on camera classes at CAL-Centro de Artes de Laranjeiras, and started going to auditions for theatre and tv jobs there. She started participating in a web series, directed by a known tv director in Rio de Janeiro, but nothing felt right, the character, the environment, the script, it all felt too shallow. So she gave up on that project to go back to her hometown to be more in touch with herself, and a few months later, she went back to Sao Paulo looking forward to being involved in more meaningful projects that would bring more impact on the audience.

She then started to take musical theatre lessons in Sao Paulo. She had been already taking singing lessons with Lucila Tragtenberg, since college. After three months of taking musical theatre classes, in the beginning of 2011, she performed in her first musical as Mary Poppins in “Making Musicals 3” directed by the acclaimed director Wolf Maya. That’s when she knew that she had to go to the US to study musical theatre. So then she auditioned for AMDA, College and Conservatory of the Performance Arts, and on October 5th, of 2011, Rita moved to Los Angeles to start classes in the fall semester. During the 2 years of the program, she got into the musical theatre universe and the American theatre play writers, and tried to get as much knowledge as possible. She participated in the musical, “Now Departing”, directed by Jane Lanier in which she had a duet as the secretary from “The Temp and the Receptionist” song. 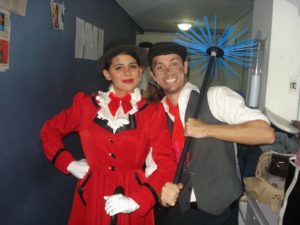 After graduating from AMDA, Rita went for many musical theatre auditions, but started to realize that her first passion had always been singing. She remembered the little girl that she once was, who used to mess up with her dad’s cassettes singing on top of them, or the teenager Rita, who loved to spend hours singing karaoke to her favorite rock songs, and found out that her true love had always been music and singing. The more she found out about who she was as a person, the more it became clear that she had always wanted to pursue music. She hid herself behind the characters that she played in theatre because she thought that she didn’t have a voice in being only herself. Her acting, musical, dancing journey were all relevant experiences that made her stronger as an artist and as a person, and ended up leading her to her heart: music. She then sang with different bands ranging from Bossa Nova and Jazz to Rock n’ Roll. At the moment, Rita is writing songs and collaborating with a few musicians such as Ted Perlman, and Gabriel Nava Rodrigues, and she sings with a cover band the “Rumba Band”. Rita is also one of the lead vocalists of the promising rock n’ roll band Llod Moss & The Rock Collective, with whom she’s been spreading her rangy and powerful vocals in shows at popular venues in the Hollywood scene. 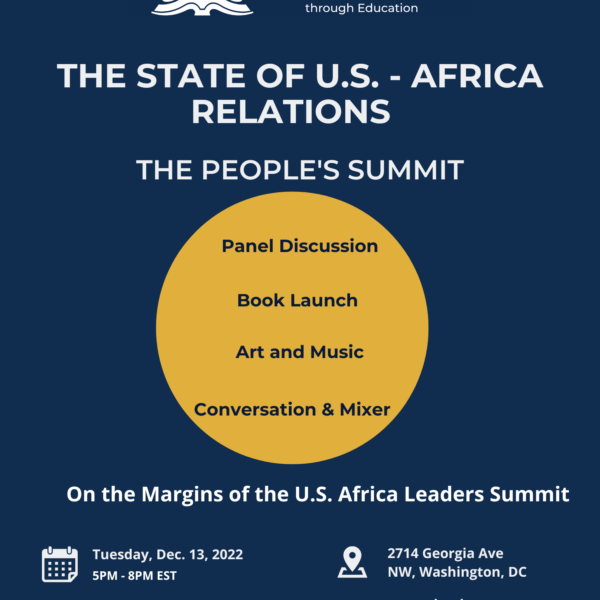 The State of U.S.-Africa Relations: The People’s Summit 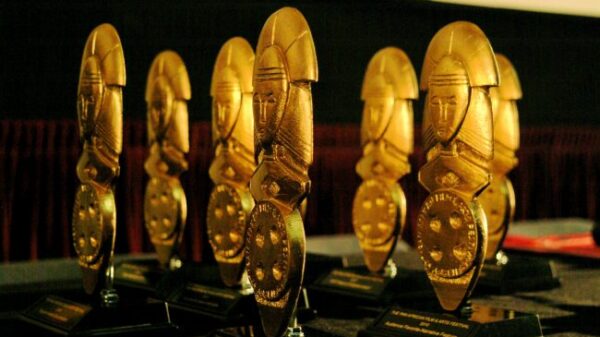