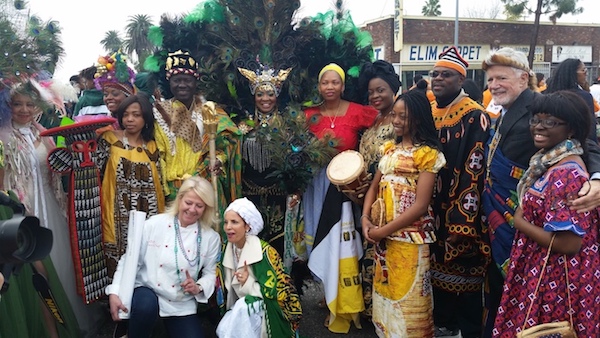 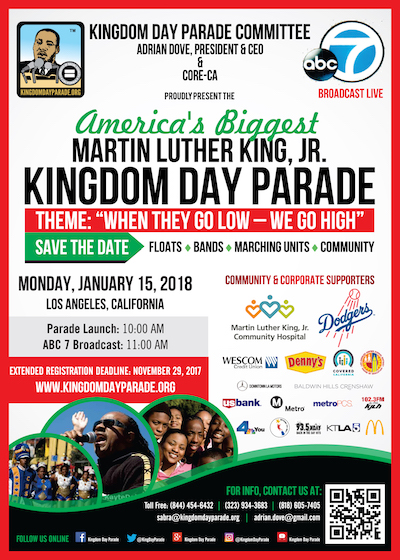 The Kingdom Day Parade honors the life and legacy of Dr. Martin Luther King, Jr. and has grown into the largest and longest running King Annual Birthday Celebration in the nation! 2018 would have been Dr. King’s 89th birthday and is also the 50th Anniversary of his untimely Homegoing. This years’ theme is “When They Go Low, We Go High”.

The Kingdom Day Parade, was first organized 37 years ago as a small local community event in San Diego that spanned only 5 blocks. In 1985, it moved to Los Angeles and by this year it has grown to enjoy a live TV broadcast on KABC 7 for over 8 years, it now has a media audience of over 2.4 million viewers and listeners.

Several hundred thousand spectators every year line the three (3) mile route which has remained true to its roots, still winding through the same inner-city streets in south central. Some of the spectators reserve side walk space with sleeping bags, as early as the night before in what has become a unique Los Angeles tradition.

In deepest respect for the legacy of Dr. King the parade features more than 150 units involving over 3,000 individuals which include; the “Kingdom Day Parade Queen & Her Royal Court”, elaborate floats, marching bands, high school & middle school drill teams, novelty acts, equestrian units, and an exciting turn out of celebrities and community leaders.

The mission of the Kingdom Day Parade, a partnership with corporate sponsors and the County and City of Los Angeles, together with the State of California, is to celebrate the life and legacy of Dr. Martin Luther King, Jr. in the form of an Annual Kingdom Day Parade and other activities which promotes keeping his Dream alive and helps to sustain his message of fighting for equality and agape to all mankind using love as its weapon.

About the Kingdom Day Parade

The Kingdom Day Parade is a lot more than just another parade. It celebrates and centers around the only national and local holiday whose central purpose is to celebrate equality and justice for all people and to fight for it using the weapon of love and peace. In the current year, the mission of bringing people together is needed more than ever. The Kingdom Day Parade and its fiscal agent, CORE-CA has a twelve month focus on bringing people together in harmony and the spirit of Dr. Martin Luther King Jr. It was conceived more than 37 years ago by the late Larry Grant and businessman Celes King III as a small neighborhood tribute to the life, work, dream, and spirit of Dr. Martin Luther King, Jr. It was launched in San Diego and after five years it moved to South Central Los Angeles about the same time as another local hero; Stevie Wonder, was culminating a successful nationwide effort that resulted in Dr. King’s birthday becoming a National Holiday, on the third Monday in January every year. After the untimely death, six years ago, of Larry Grant, the original founder, Dr. Adrian Dove, the parade’s then long-time financial manager and chairman of CORE-CA, stepped forward and has continued to manage the parade ever since with the help of a strong team of volunteers and professional staff. Our original group of sponsors and participants have nurtured those humble beginnings which persisted every year, until it evolved into the major iconic event it has become today. Remaining on the same inner-city streets it began on. The Parade is committed to nurturing Dr. King’ s spirit for equality of life, using love and nonviolence as the primary weapon. To become a participant, volunteer, sponsor or for more information, visit our website at: www.kingdomdayparade.org

Media MUST RSVP for Parade to: 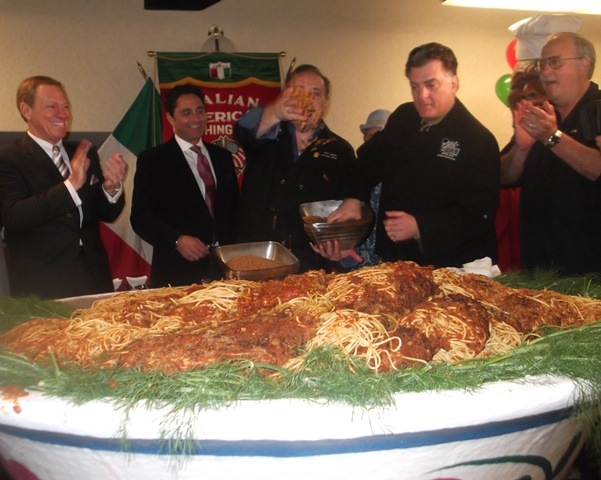 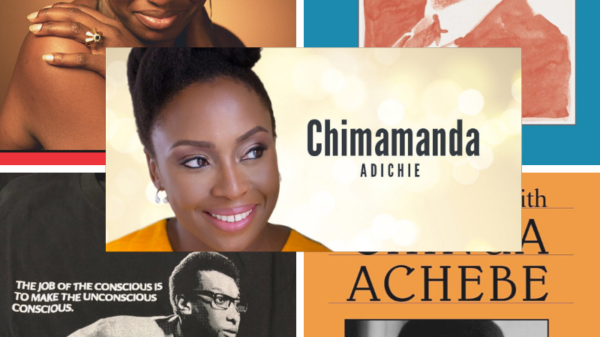 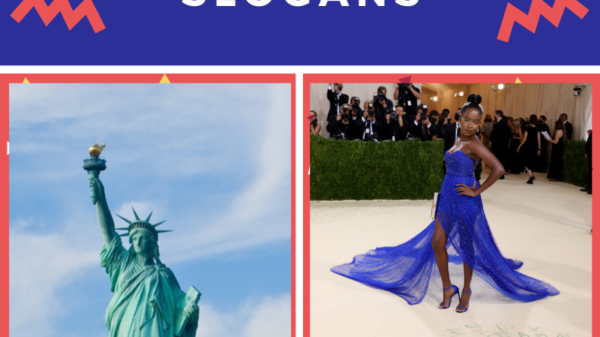