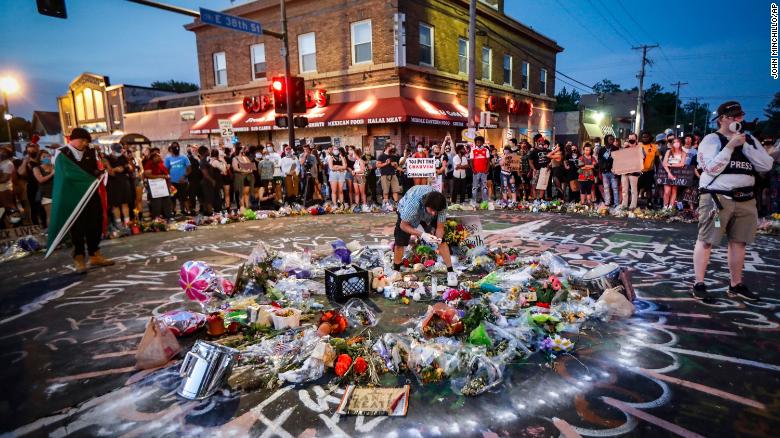 This content is written and produced by Religion News Service and distributed by The Associated Press. RNS and AP partner on some religion news content. RNS is solely responsible for this story. (AP) — (RNS) — George Floyd was killed after employees at a convenience store owned by a Palestinian American Muslim — with a Muslim prayer space in its basement — called Minneapolis police over a suspected counterfeit $20 bill.

The role that the store played in Floyd’s death May 25 and in all that followed has been a bitter pill to swallow for many Muslim and Arab communities.

This moment has also reignited ongoing debates in Muslim communities over the ethical duties of immigrants who own businesses in black neighborhoods, from when and if they call the police to the role they can play in creating healthier food ecosystems.

“We know now that escalating situations to the police almost always does more harm than good, even for something as harmless as a fake bill,” Mahmoud Abumayyaleh, owner of the Cup Foods store that called the police on Floyd, wrote in a Facebook post.

Cup Foods, which has served customers in a largely black neighborhood for three decades, will no longer involve the police in nonviolent incidents, Abumayyaleh said.

“By simply following procedure we are putting our communities in danger,” he said in his social media post. Instead, he urged, “Work within your communities to find alternatives to policing, until the point that local and state officials decide to seriously hold police accountable once and for all.” Read more