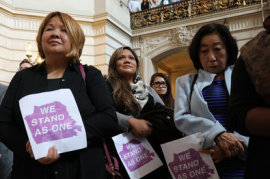 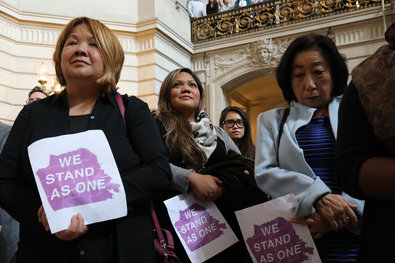 The audience of a rally held in the rotunda of San Francisco City Hall on Nov. 14, in which the mayor affirmed that San Francisco will remain a sanctuary city. Jim Wilson/The New York Times

Since the election, mayors and officials in many major U.S. cities have stated they will remain “sanctuary cities”, or places where local law enforcement limit their cooperation with federal authorities to detain or pursue undocumented immigrants, despite threats from President-elect Donald J. Trump to take away their federal funding.

Do cities have a legal right to defy the government on immigration policy?

December 1, 2016ImmigrationLeave a comment
FacebookshareTwittertweetGoogle+sharePinterestpin it
How Undocumented Immigrants Can Prepare For A Trump Presidency. Practical Tips!What Immigrant Communities Can Do to Prepare for Trump