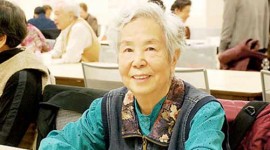 King Man Lam Ng clearly remembers the day she passed the naturalization test for her citizenship application. “I was so nervous that I kept fiddling with the button on the plastic folder I took with me. The immigration officer who interviewed me must have been driven crazy by the noise, and she told me to stop doing that. And that made me more nervous,” said Ng.

Still she passed the test. Two weeks later, at age 70, Ng took the oath and became a U.S. citizen. “I guess by then, all the internal debating was finished. I was sure I had made the right decision,” said Ng, who is now 79.

NORCROSS, Ga. The cars are lined up on the cracked and uneven driveway and some on the street. Relatives have gathered in the Ahsons’ modest living room awaiting their annual breakfast feast. Zainab Ahson is in her kitchen preparing the meal with freshly cut goat meat — so fresh, it’s probably still warm. The meat is arriving from her backyard and her husband, Kamal Ahson, is the butcher today. 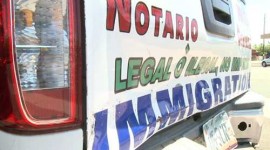 President Obama announced on Thursday his plan to take executive action on immigration. His plan would revise enforcement priorities to focus on recent arrivals and those who had committed serious crimes. It would expand the existing Deferred Action for Childhood Arrivals (DACA) and create a new deferred action program for parents of U.S.-citizen or legal-permanent-resident children who have lived in the country for more than five years. It would also revise the legal immigration system, with a special focus on science, technology and entrepreneurs.

On November 20, 2014, the President announced a series of executive actions to crack down on illegal immigration at the border, prioritize deporting felons not families, and require certain undocumented immigrants to pass a criminal background check and pay taxes in order to temporarily stay in the U.S. without fear of deportation. 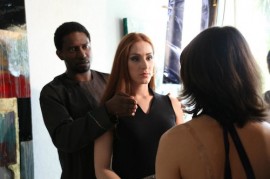 French actress Clotilde Delavennat, is paving the way to successfully navigate two mega movie industries, Nollywood and Hollywood. In an interview with The Immigrant Magazine, Tilly as she is fondly called by many shares her passion for acting and how as a European immigrant she is able to bring these two seemingly opposite entertainment giants together. 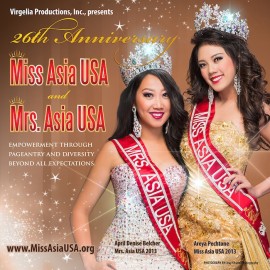 Virgelia Villegas, President of Virgelia Productions, Inc., announces that the 26th Annual Miss Asia USA and the 10th Annual Mrs. Asia USA Cultural Pageants will be held at the Redondo Beach Performing Arts Center at 1935 Manhattan Beach Blvd, in the city of Redondo Beach, CA 90278 on Saturday, November 22, 2014 from 4:00 pm to 12:00 am.

Washington, D.C. – Today, Export-Import Bank of the United States (Ex-Im Bank) Chairman Fred P. Hochberg signed a Memorandum of Understanding with Chairman K.S. Popli of the Indian Renewable Energy Development Agency (IREDA) that will explore options for utilizing up to $1 billion to finance the sale of U.S. clean energy exports to India.

Chairman Hochberg is visiting India this week to promote made-in-America exports in support of U.S. jobs. 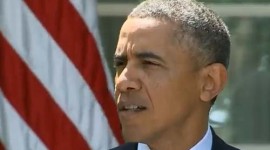 SAN FRANCISCO – Just before stepping out of the room to take a call with the White House, Mayor Ed Lee said he wanted San Francisco to be a model city in helping undocumented immigrants access administrative relief.

“I would like all cities to follow our practices as the best practices. I want to be out in front,” Mayor Lee told a group of philanthropic and community organizations that are preparing to respond to the executive action that President Obama is expected to announce Thursday.

Reasoning’s, resolutions and frightening factoids about the escalating incidence of Hepatitis C, including populations most at risk; what is perpetuating the epidemic; devastating personal health and socioeconomic impacts; the ease, importance and availability of testing; curative treatment options; exorbitant drug costs now as high as $1,000 per pill; and important pending legislation