Shari was born into a war-torn country, alone and fending for herself; Clara grew up in New York with seemingly the best of everything. These two very different characters, who led very different lives, undertake a surreal journey to meet in an explosive encounter and discover a shared secret from their past in TOYS: A Dark Fairy Tale. In this dramedy written by award-winning playwright Saviana Stanescu, you’ll piece together a life that was torn apart by war as the characters — our alternate identities — find themselves reunited after 30 years. With suspense and humor, the artists bring the eclectic imagery of the Los Angles Art Scene to Europe.

This election makes me feel a little bit of everything, but not exactly how I expected to feel for my first time voting.

I was born in the U.S. but lived in Mexico for 15 years. I used to think that voting would never, ever make a change in society. But that has a lot to do with Mexico’s history.

I came back to the United States at age 17 in 2012. Just when I started getting into the groove of sunny California, Obama vs. Romney happened.

I didn’t vote. I wasn’t into politics and change as much as I am now. So, yes, I let four years of my life slide under the rug rather than contributing to the future of the country.

The early voting returns show two unsurprising things. One is that black voters are turning out in smaller numbers in some areas than they did in the 2008 and 2012 presidential elections. The other is that the relatively lighter turnout is in marked contrast to the near record turnout among black voters for candidate Obama in 2008 and President Obama in 2012. Much shouldn’t be made of this for the simple fact that Clinton is not Obama. Clinton doesn’t need to match his total among blacks vote for vote to win the White House. Clinton could never duplicate the euphoria that Obama generated among blacks. His candidacy was not seen as a candidacy, but a crusade, a history making crusade. Blacks did not just see this as a chance to put a black president in office but a chance to snatch a piece of history along the way. 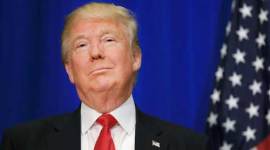 The spirit of improvisation finds its ultimate expression in the workings of American democracy. Like improvisation, democracy believes every voice, however marginal or foolish, should be heard, every vote counted.

Then along came Donald J. Trump whose irrepressible spontaneity knocks much of this rosy vision about improv and democracy into a cocked hat. Presidential historian Jon Meachum calls Trump “Unabashedly improvisational.” David Axelrod describes him as “an improvisational performer, long on chutzpah and borscht belt put-downs but short on facts.” We’ve all seen it. The man gives no thought to the next thing out of his mouth. If Hermes the Trickster, the lord of boundary crossing, god of thieves and liars was the first improviser, Donald Trump the con man is his dark doppelganger, a dark echo point by point. 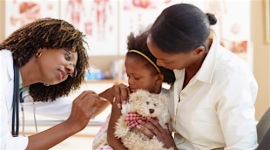 My brother, Jesus Eduardo Sevilla, was 56 when he died last year in Fresno, Calif., after battling a degenerative neurological disorder for four years. He was uninsured because of his undocumented status.

Jesus was a father of five, a grandfather of nine and my baby brother. He embraced life. He made everyone laugh, including the doctors and nurses who cared for him at the Fresno Medical Center. They were moved by his attitude, his personality and his compassion. At his funeral, I learned so much from each grandchild about all the things he meant to them. 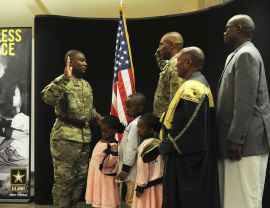 On October 14th 2016, Captain Frank Musisi’s journey culminated into a beautiful pit stop when he was honored as Major in the US Army, a shift in rank that would bring bigger and greater responsibilities. An extraordinary event at the 79th SSC headquarters at Joint Forces Training Base Los Alamitos, California, Major Musisi shared his journey, which like every immigrant experience was fraught with challenges and ultimately success for those who work hard and are determined to succeed. 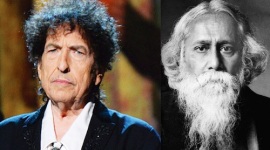 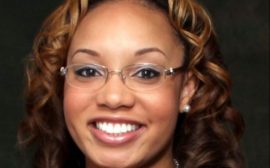 By now, everyone has probably heard about Dr. Tamika Cross’s experience with Delta Airlines and thousands have read about what she says was discrimination when attempting to aid a passenger on a flight who needed emergency assistance.

The OB-GYN, who is in her residency at McGovern Medical School in Texas, took to Facebook to share what happened to her, but since then EBONY has contacted her about the incident and she described why it frustrated her. 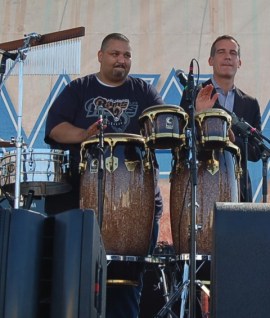 Los Angeles-94.7 The Wave, the Los Angeles Sentinel teamed up once again to bring on The Taste of Soul Family Festival presented by Bakewell Media. This is by far, the largest street festival in Southern California. The event was held on Saturday, October 15th, 10:00-7PM, on Crenshaw Blvd., between Stocker on the South and Rodeo Road to the North.