For the last decade Tiwa has thrilled audiences and radio stations with her own brand of music a combination of Afro and Western pop known as afro-pop. She is likened to global artists like Beyonce, and is quite the diva now ruling not just the African music scene but poised to invade Hollywood.
This Friday Savage will be introducing herself by celebrating her birthday with her Los Angeles fans that have long waited for this moment. 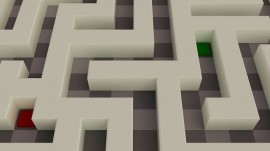 In 2017, we’ll be inching, and in some cases taking giant leaps, toward increased disruption in business and technology – inevitably leading to career disruptions for many people. More than the rapid changes we’ve seen in the last decade, we’re poised to see some sudden, dramatic changes that can affect your career and ultimately your bottom line.

Social Media Boycotts Succeed When They Reflect a Movement Boy, oh boycotts! Do they work? Trick question. It all depends on what you mean by “work.” If the aim is to hurt company sales, boycotts rarely succeed. But if the aim is to undermine companies that stand in the way of a movement, there is…

NAM/India West, News Feature, Sunita Sohrabji SAN FRANCISCO, Calif. – Hate crimes against immigrant communities – which have seen a spike in the past two years – are vastly under-reported by victims and local law enforcement, concluded a group of panelists Jan. 18 at a briefing here organized by New America Media. In 2015, the… 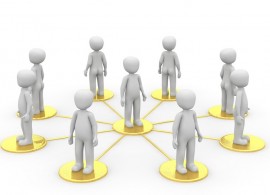 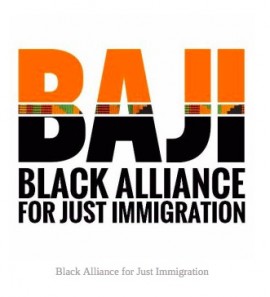 Although most Americans think of immigrants as being from Mexico or South America, a growing number of immigrants are black and are from Africa and the Caribbean.

On Friday, President Trump signed an Executive Order to provide further guidance to DHS on enforcing our immigration laws and to suspend entry into the United States certain classes of foreign nationals in order to ensure our immigration system is working in a way that best protects the safety and security of the American public. 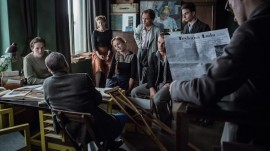 The Film Society produces The Palm Springs International Film Festival (PSIFF) every January, and Palm Springs ShortFest in June. In addition to curating the best in international cinema, PSIFF has come to be known as the first stop on the road to the Academy Awards®. Here below are six Polish Films that will be screened at this year’s PSIFF. 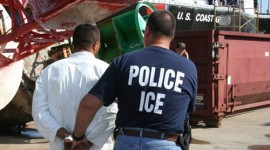 One of President Trump’s executive orders on immigration dramatically expanded priorities that determine who can be deported. Immigrant rights advocates and attorneys say that under the expanded definition, nearly any undocumented immigrant could be considered a target.

This “reprioritization – non-prioritization really” – of who is deportable is “one of the most troubling aspects of Trump’s executive order on interior enforcement,” according to Melissa Keaney, staff attorney at the National Immigration Law Center (NILC). 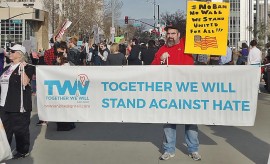 SAN JOSE, Calif. – President Trump’s executive order to ban immigration from seven Muslim-majority countries for at least 90 days and to indefinitely ban Syrian refugees from entering the United States is an unprecedented assault on fundamental American values of justice and freedom. It has already set off a chain reaction of broken promises and calamitous uncertainty throughout the world.