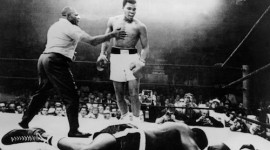 Muhammad Ali—the three-time heavyweight-boxing champion, the incredible humanitarian, the inspiration for the activism of athletes all over the nation—passed away on Friday, June 3, and the world is in mourning.

Muhammad Ali for many people was more icon than athlete. Like Jim Brown or John Carlos he was someone who inspired African Americans and Muslims to fight oppression, move beyond the comfort of success and speak out against injustice no matter the cost or inconvenience. Between the Will Smith-led biopic and various tributes over the years, most Americans know that Ali spoke out against the Vietnam War, converted to the Nation of Islam and was a global humanitarian. However, there are lots of facts about his life that haven’t been picked up by the mainstream press.

The whole nation is paying attention to California, which will decide the presidential candidate for the Democratic party on June 7. Korean Americans are showing high interest this election season. Hillary Clinton is seen as the ‘presumptive nominee’ though Bernie Sanders has declared his intention to stay in the race despite the seemingly unfavorable odds.

The Korea Times officially endorses Hilary Clinton as the presidential candidate for the Democratic Party in this California Primary. 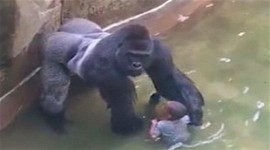 The moment that pictures popped up of the parents of the child who tumbled into the gorilla enclosure at the Cincinnati Zoo, the predictable sparks flew. The four-year old toddler–and his parents–are African American.

The issue no longer was the heartbreaking tragedy of the killing of a prized and endangered animal. Nor was it simply heaving a big sigh of collective relief and much joy that a child was saved. The issue now was the enraged finger-pointing at the parents for bad parenting. Equally enraging was the counter-charge that the only reason there were such accusations was because they were black.