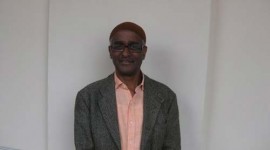 LOS ANGELES – In April 2006, millions of people took to the streets nationwide to protest a bill that sought to criminalize undocumented immigrants and anyone who assisted them. But the numbers of African Americans and African immigrants who joined the protests were very low.

For two black ministers in the Bay Area, this presented an opportunity.