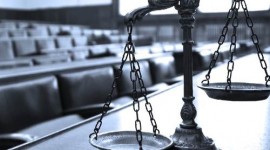 The thousands of children fleeing violence and persecution and seeking refuge in the United States have brought to the forefront the issue of how our immigration system deals with children. The current system subjects kids to the same deportation laws as adults. They are ordered to appear in immigration court, where they face off against a prosecutor, and a judge calls upon them to mount their own defense against deportation.