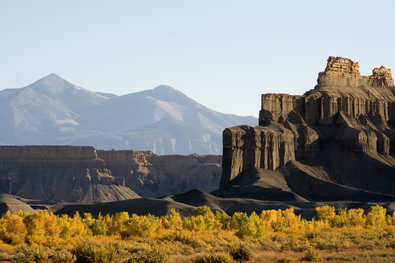 The Henry Mountains frame the desert landscape of the Colorado Plateau in southern Utah. Over half of Utah’s land is owned by the federal government. Kevin Moloney for The New York Times

House Republicans have made it easier for Congress to transfer federal lands to state and local authorities — an idea that was championed in the most recent Republican platform — by overturning the requirement that the government account for budgetary losses from such land transfers.

But Ryan Zinke, Trump’s pick to head the Interior Department, has opposed transferring federal land, as do some Republican governors out West, in part because the government pays for emergency services like battling wildfires.

If federal land is transferred to the states, could the states handle the responsibility?